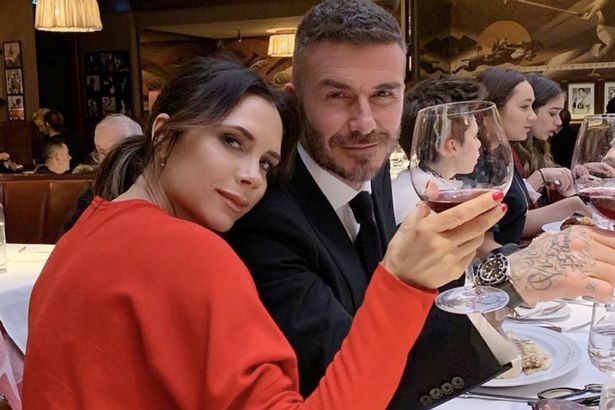 The couple have fulfilled a prophecy that “Brand Beckham” would make them a billion dollars with accounts showing how their businesses have generated the dosh – equivalent to £700 million in sterling.

Footwork Productions, where David’s football-related revenues are collated, has a turnover of £208.3m

Beckham Brand Holdings, which includes money from his endorsement deals, has a £260.8m turnover. Then there’s DB Ventures Ltd, with £90m of profit.

Victoria Beckham Ltd, which accounts for her fashion business, has a net worth of £100m. And there’s another £10m from Moody Productions, from Posh’s Spice Girl days.

Becks has also made millions on the pitch and Victoria’s Spice Girls comeback and back catalogue sales keep more money rolling in.

The pair, who celebrate their 20th anniversary in July, also own a string of properties, including a £35.1m West London pad and a £6m Cotswolds retreat that see them smashing though the billionaire barrier.

David has several lucrative endorsement deals with Samsung, Adidas, Pepsi, H&M, and more. He also has his own brand of whiskey.

The couple’s business-savvy ways look to have been passed on to their kids. Romeo, 16, has already fronted a Christmas ad campaign for Burberry and Brooklyn, 20, is carving out a successful career as a photographer.

Spice Girls mastermind Simon Fuller predicted pair’s success when David and Victoria signed with him in 1995. He said: “Victoria’s glamour and David’s sex appeal and sporting prowess could over the long-term create a $1 billion brand.”

But earning all that cash costs. The Beckhams are also among Britain’s biggest taxpayers.