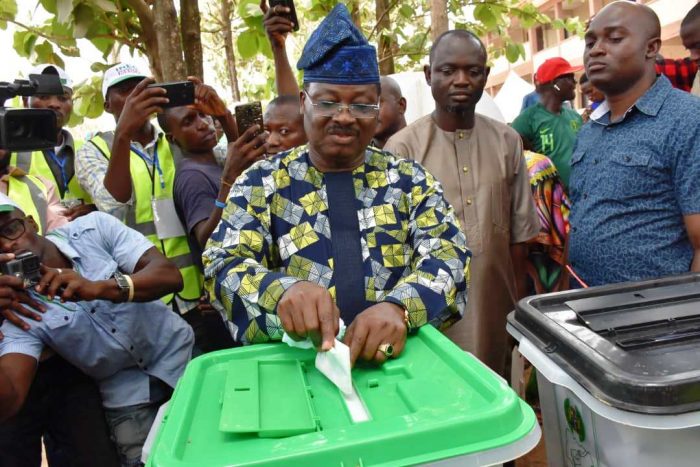 As the governorship and House of Assembly elections were rated to be peaceful in Oyo State, fillers from polling units across the state showed that turnout of eligible voters was very low.

The election was also characterized by vote buying and political campaigns at some polling units.

At ward 9, unit 10, Oluokun Compound, where the candidate of the All Progressives Congress, APC, voted, thugs invaded the entire area smoking India hemp and drinking alcohol. They vowed that they would not allow candidates of other parties including Peoples Democratic Party, PDP, to cast their votes.

At a point when it was glaring that they have become nuisance, some soldiers had to disperse them.

However counting of votes has started across the state.

So far, there are reports that Peoples Democratic Party, PDP is leading the governorship poll in some of the polling units where results have been released.

The result so far received are: