Low voters turn out in Abuja 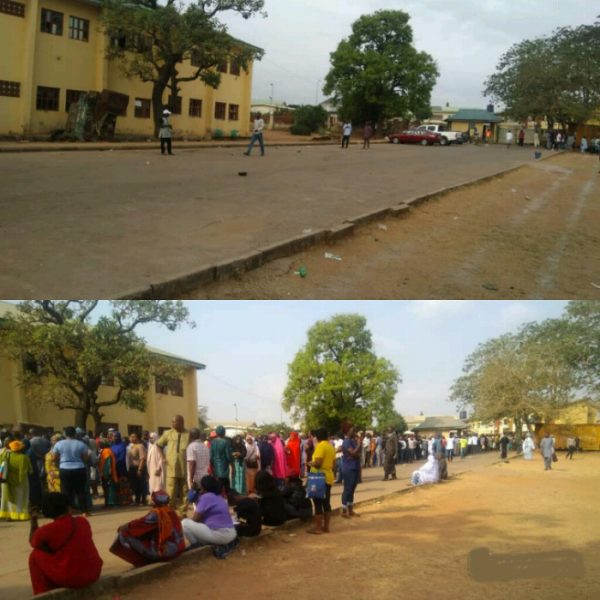 Voter apathy has been witnessed in the Federal Capital Territory (FCT) as only very few people were seen at polling units for the area council chairmanship and councillorship polls.

Our correspondent who visited some of the polling units in Garki – area 2, area 1, area 10, area 3, area 7 and area 8, reported that the voter turnout was abysmally low.

At a polling unit in area 7, as at 8:00 a.m. when our correspondent visited, only three voters were sighted on ground and ready to vote.

In all the polling units visited, the ad-hoc staff were on ground and some of them were already set to begin accreditation.

At the area 1 primary school which has the highest number of voters, fewer than 50 voters were on ground as at the time of this report, compared to over 2000 voters who were present at about the same time during the Presidential election.

Unlike in the Presidential and National Assembly polls, the streets around polling units were not filled up with cars, while the roads were very empty.

Some of those at the polling units who spoke to our correspondent said that the voter apathy was not unconnected with the February 23 elections.