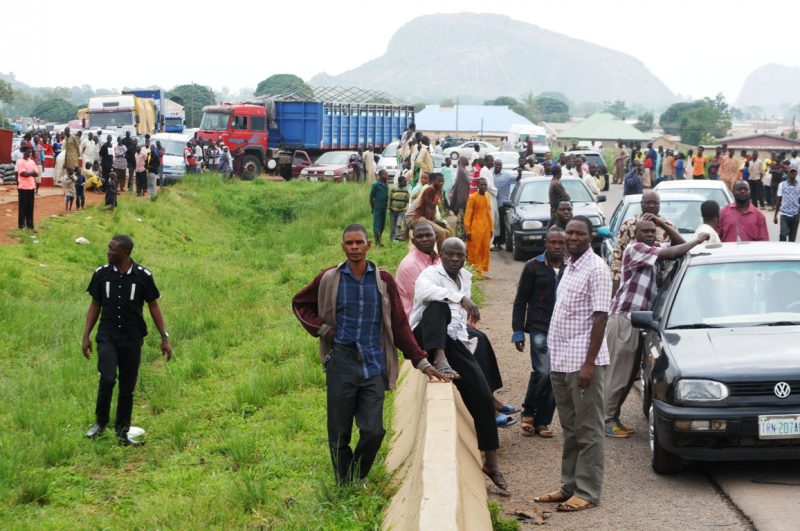 Hundreds of motorists and commuters got stranded at the Benin-Auchi-Okene Highway, Etsako West local government area of Edo.

The development followed the restriction order by the Police command in Edo due to the House of Assemby election in the state.

Personnel of the Nigerian Army barricaded the Jattu junction axis of the highway to enforce movement restriction order.

Several heavy duty trucks and smaller vehicles were seen on long queen having been stopped by the military officers refusing them access to the road.

Some of the commuters said they thought they could beat the restriction hour before the commencement of the election.

Mr Abdul Hassan said: “I am coming from Abuja going to Benin with the intention to get to Benin before 8 a.m.

“I am surprised that getting to Jattu junction, we were stopped by the military officers who barricaded the road, refusing us to go through.

“They said we all will remain quietly here until after the election.’’