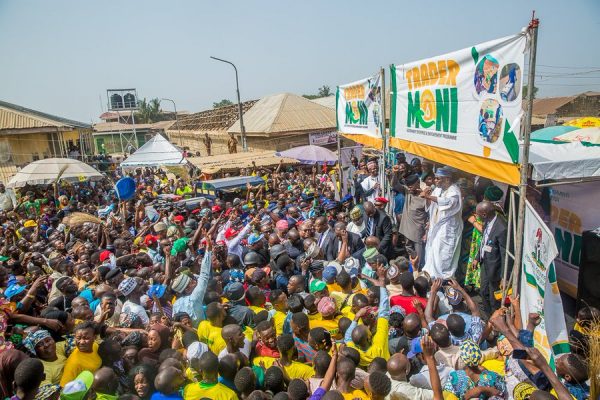 Mallam Abdullahi Halidu-Danbaba, the candidate of the All Progressives Congress (APC) has been declared the winner of the March 9 Kwara House of Assembly seat of Kaiama/Kenmaji/Wajibe constituency.

Halidu-Danbaba defeated the incumbent member, Ahmed Mohammed, who was seeking re-election into the state Assembly.

Declaring the result on Saturday in Kaiama, the headquarters of Kaiama Local Government Area of the state, Prof. Emmanuel Sanya, who is the INEC Returning Officer said that the APC candidate polled 7,096 votes to defeat the PDP candidate that scored 1,835 votes.

In his reaction, Halidu-Danbaba commended the people of the constituency for voting for the APC.

He noted that now that APC had taken over the state, there would be synergy to rapidly develop the area in term of infrastructure and human capital.

He explained that the victory came with a message of hope as bad leadership and misgovernance had been brought to an end in the state.

He promised that the people would never be disappointed for giving them their mandate freely without any form of financial inducement.