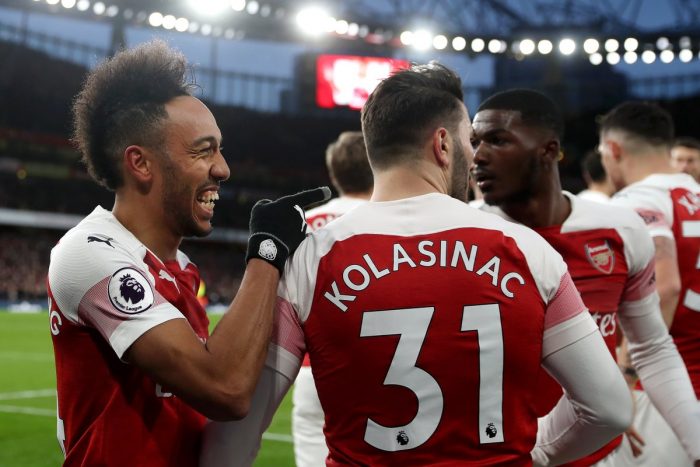 Switzerland midfielder Granit Xhaka beat David de Gea with a swerving shot from outside the penalty area, which the United keeper was expected to stop.

Romelu Lukaku hit the bar while the game was goalless, when it appeared easier to score, and Brazilian midfielder Fred struck a post for United.

Soon after Arsenal’s second goal, a fan ran on to the pitch and shoved United defender Chris Smalling before being removed by stewards.

The Gunners have won seven out of 10 top-flight games in 2019 and are one point behind north London rivals Tottenham, who sit third in the table, with eight games remaining.

United, who started the weekend in fourth, drop to fifth in the race for a Champions League spot next season, BBC reports.