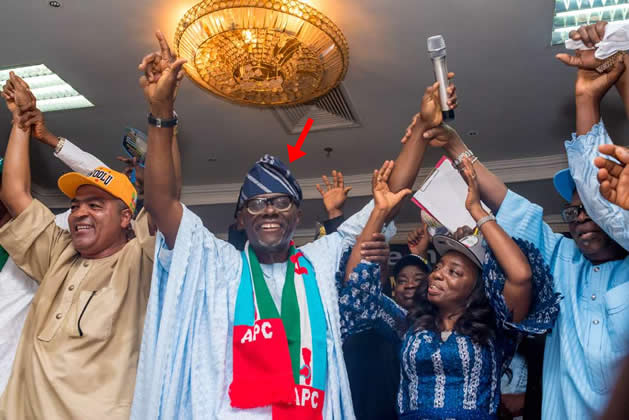 The All Progressives Congress, APC, governorship candidate in Lagos, Babajide Sanwo-Olu has won the governorship election in the state by a landslide, defeating the Peoples Democratic Party, PDP, candidate, Jimi Agbaje in all 20 Local Governments of the state.

After announcing results in all 20 LGs by the Independent National Electoral Commission, INEC, Sanwo-Olu polled 739,445 votes to defeat the PDP contestant, Agbaje, who polled 206,141 votes.

Sanwo-Olu defeated Agbaje by 533,304 votes, making it landslide victory for the APC candidate.

With the outcome of the poll, Sanwo-Olu of the APC will any moment from now be declared officially by INEC as the winner of the election.