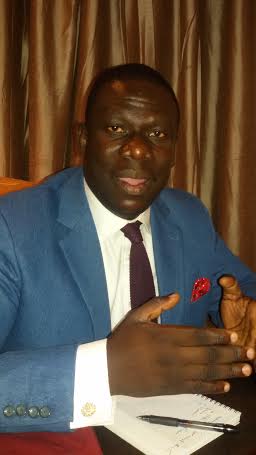 Rights group, the United Action Towards Building Institutions in Nigeria (UATBIN) has decried that various interventions the Central Bank of Nigeria, CBN, had released to the real sector between 2014 and 2019 had not yielded the desired results despite billions of naira expended.

The UATBIN, a not-for-profit economic rights and institution building advocacy organisation, also said it would be in the interest of the country and the economy “to appoint a new CBN Governor when the tenure of the present governor expires on June 3, 2019.”

The Convener of the group, Mr. Lai Omotola expressed the views in a statement he issued on Friday, noting that “businesses have suffered the most unprecedented shutdown between 2014 and 2019.“

The statement, also, said banks “have been turned into cash centres instead of investment and commercial banks. If a vote were to be taken at the Bankers Committee, the vote will turn to be vote of no confidence on the team managing the economy of Nigeria. But such will not happen because they are scared.”

On its programmes, the statement said the CBN “has usurped the role of the banks in lending such that no bank can lend therefore access to credit is at the lowest since independence. Anchor borrower has taken the role of Bank of Agriculture and you need to know top persons at CBN before you can enjoy such credit.

“The core business of CBN like reduction of interest rate is yet to be seen. Instead, we have seen rate going high, too high for any reasonable business to survive. The inflation rate has gone up to double digits and there has not been any significant leap to the positive.

“The exchange rate has remained stable and the CBN leadership believes we should give him kudos for saving the naira at N360 to a dollar, this kind of narrative can only be in Nigeria,” the statement said.

In 2014, the statement said the CBN Governor, Mr. Godwin Emefiele inherited inflation rate of 8 percent; interest rate of 16.5 percent reserve of $40 billion as well as exchange rate of N164 by 2019.

The group said it “is with inflation rate 13.5 percent Interest rate of 14 percent and exchange rate of N360 and reserve of $43 billion. Emefiele should be thankful to have been retained by APC government when we know that it was the PDP government that appointed him.”

“The issue of economy was rigorously debated at the just concluded presidential election and if the truth must be said a lot of people voted for Alhaji Atiku Abubakar because they were not impressed with the state of economy.

“The CBN is a central part of the economy and as such the time is ripe to bring in someone who will transform the economy within the next four years. For us to maintain the status quo at CBN is to ascribe to the adage that says it is an act of insanity to expect different result from doing the same thing.”