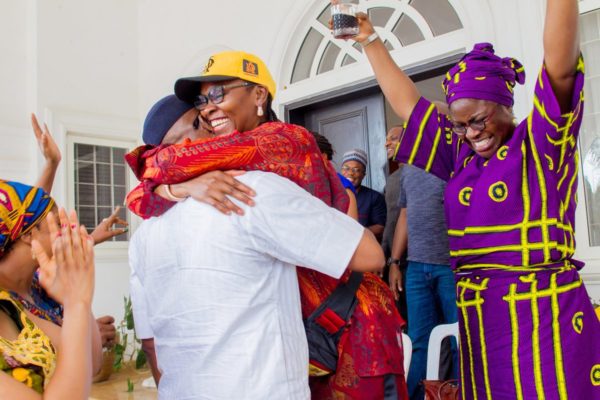 Prince Dapo Abiodun, candidate of the All Progressives Congress has posted an appreciation of Almighty God and the people of Ogun state ahead of his official declaration as governor-elect by the Independent National Electoral Commission.

Collation of the results, council by council, is still ongoing in Abeokuta, but all indications point to his victory over Abdulkabir Akinlade, candidate of Governor Ibikunle Amosun, who ran on the platform of the Allied Peoples Movement and Senator Buruji Kashamu of the Peoples Democratic Party.

In a post on Twitter, Abiodun wrote: “Unspeakable Joy. Limitless Happiness.We are GRATEFUL to GOD Almighty and the good people of Ogun State”.

Abiodun similarly sought God’s favour when he voted on Saturday. “I VOTED. May the Almighty God grant us VICTORY!”

And he got the victory not surprisingly as the Ogun State people rejected overwhelmingly Amosun’s stooge, Akinlade and Senator Kashamu.

In Odogbolu, the APC candidate, who will soon be declared governor-elect polled 12,529 votes, while APM candidate got 7516 votes. PDP paled out here with 3418..

In Ijebu-Ode, Abiodun polled his highest majority of votes so far declared. He got 13,234 votes, while PDP got 7289 votes. The APM candidate got 4401 votes, according to the results declared by INEC.