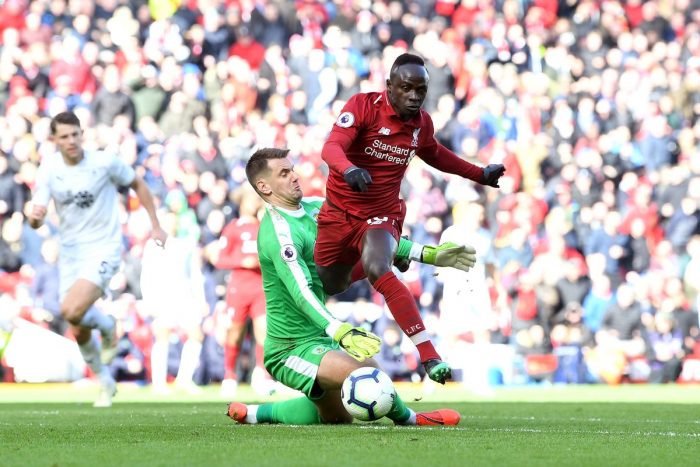 Liverpool maintained the pressure on Premier League leaders Manchester City by coming from behind to beat Burnley in tricky conditions at Anfield.

The Clarets took a shock sixth-minute lead when Ashley Westwood scored direct from a corner, although it appeared Reds’ goalkeeper Alisson had been impeded by James Tarkowski.

But the hosts were only behind for 13 minutes before Roberto Firmino tapped in after Tom Heaton had fumbled Mohamed Salah’s cross.

In a first half played in strong wind and hailstorms, Liverpool took the lead when Sadio Mane curled a shot past Heaton.

Firmino scored his second following Heaton’s poor clearance and Burnley pulled one back late on through Johann Berg Gudmundsson from six yards out.

But there was no fightback as Mane then went around the Clarets’ keeper in injury time for his second and Liverpool’s fourth to seal the win, which leaves Jurgen Klopp’s side one point behind City with eight league games of the season remaining.