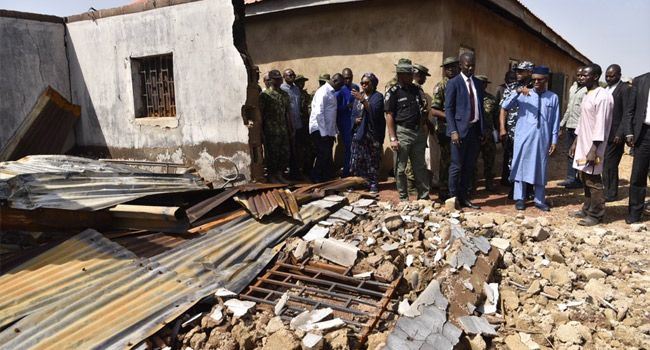 El-Rufai at the village

Many have been reportedly killed and others injured in a fresh attack by gunmen at Ungwar Barde community in Kajuru local government area of Kaduna state.

The gunmen were said to have invaded the community in the early hours of Sunday, shooting sporadically at residents.

The Kaduna State governor,Nasir El-Rufai has confirmed the attack in a statement issued by his spokesman, Samuel Aruwan.

Expressing sadness over the fresh attack, Governor El-Rufai disclosed that more troops have been deployed to the community, while the Nigerian Air Force personnel were also carrying out aerial surveillance and reconnaissance in order to track down the attackers, Channels tv reports.