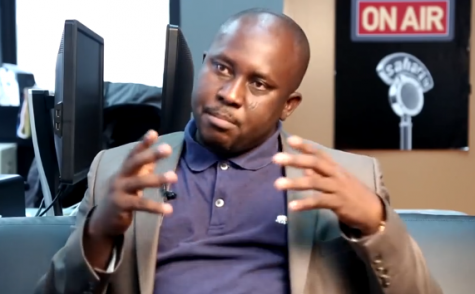 A Nigerian Professor, Pius Adesanmi, was among the 157 people who died on Sunday in the ill-fated Ethiopia airline.

Adesanmi, who was a lecturer at the Carleton University in Canada, was  said to be on his way to attend the AU ECOSOCC committee meeting in Nairobi, Kenya.

Also, Carleton community has confirmed his dead, saying it was shocked and devastated to learn of the death of Adesanmi, who was among the 18 Canadians killed in Sunday’s crash of an Ethiopian Airlines jet at the Addis Ababa airport.

Global Affairs Canada has confirmed that Adesanmi is among the victims.

“Pius was a towering figure in African and post-colonial scholarship and his sudden loss is a tragedy,” said Benoit-Antoine Bacon, president and vice-chancellor. “Our thoughts and prayers are with his family and all those who knew and loved him, and with everyone who suffered loss in the tragic crash in Ethiopia.”

“The contributions of Pius Adesanmi to Carleton are immeasurable,” said Pauline Rankin, dean of the Faculty of Arts and Social Sciences. “He worked tirelessly to build the Institute of African Studies, to share his boundless passion for African literature and to connect with and support students. He was a scholar and teacher of the highest calibre who leaves a deep imprint on Carleton.”

A further tribute about Adesanmi’s leadership and many contributions to the Carleton community will be shared as soon as possible,” the school said in a statement on its website.

However, series of tributes have continued to pour in for Adesanmi on twitter from friends, well-wishers and sympathisers.

According to Dr. Aminu Gamawa on twitter, “My condolences to friends, students and family of Professor Pius Adesanmi! He was a good friend, mentor and supportive colleague. He was committed to good governance and development of higher education in Nigeria and Africa. May his gentle soul rest in peace! Good night, sir.”

Also, Social Media influencer, JJ. Omojuwa, described the death of Adesanmi as tragic and sad.
‏
“A really really tragic day. Rest In Peace Prof @pius_adesanmi. I was hoping against everything that this wouldn’t be true. This is a bad day. A bad day for Nigeria. A really bad one for Africa. We have lost an irreplaceable gem. Thank you for sharing yourself with us Prof,” he said.

Also, the Peoples Democratic Party, PDP, Presidential candidate in the just concluded election, Atiku Abubakar said “Professor Pius Adesanmi will be remembered for how he brought scholarship to progressive advocacy. His numerous followers on the social media will miss his insightful contribution towards a better Nigeria. I pray his soul will forever Rest In Peace.”

In her tribute, Henrietta H. Fore,  said “All of us at UNICEF mourn the tragic loss of our UN colleagues and all those who died in the Ethiopian Airlines crash today. May they rest in peace. Our thoughts are with their families and loved ones.”

Adesanmi was a Nigerian-born Canadian professor, writer and literary critic, satirist, and columnist. He was the author of Naija No Dey Carry Last, a collection of satirical essays.

From 2002 to 2005, he was Assistant Professor of Comparative Literature at the Pennsylvania State University, USA. In 2006, he joined Carleton University, Ottawa, Canada as a Professor of literature and African studies. He has also been a Fellow of the French Institute for Research in Africa (IFRA) from 1993 to 1997, as well as of the French Institute of South Africa (IFAS) in 1998 and 2000.

For many years, Adesanmi has been a regular columnist for Premium Times and Sahara Reporters. His writings were often satiric, focusing on the absurd in the Nigerian social and political system. His targets often include politicians, pastors, and other relevant public figures. In September 2015, his scathing column on the decision of the Emir of Kano, Lamido Sanusi, to take an underage wife generated substantial conversation on the matter, and even got the response of the Emir who responded to Adesanmi by name.

In 2015, he gave a TED talk titled “Africa is the forward that the world needs to face”.

The Ethiopian Airlines, had on Sunday, announced that its flight ET 302/March 10 in schedule service from Addis Ababa to Nairobi was involved in an accident around Bishoftu in Debre Zeit, Ethiopia.