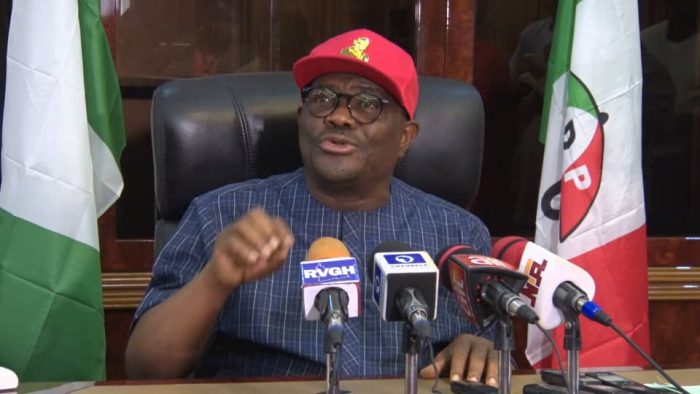 The Peoples Democratic Party (PDP) has rejected the suspension of all electoral processes in Saturday’s governorship and House of Assembly elections in Rivers, by the Independent National Electoral Commission (INEC).

The party in a statement issued by its National Publicity Secretary, Kola Ologbondiyan, called on INEC to immediately declare the result of the state governorship election.

INEC had on Sunday announced the suspension of all electoral processes in Rivers until further notice.

The suspension, according to the statement, issued in Abuja by Mr Festus Okoye, INEC’s National Commissioner and Chairman, Information and Voter Education, was due to widespread violence and disruptions that characterised the state’s elections.

Ologbondiyan said that the PDP rejected INEC decision to suspend the electoral process, after results had been collated.

He described the suspension as a premeditated plan by the All Progressives Congress (APC)-led government to change the wishes of the Rivers people as shown in the polling units.

“Our party contends that elections have been concluded in Rivers state; results of the Governorship and House of Assembly polls have been declared at the various polling units, wards and local government collation centers and all returning officers and political parties in the ballot conclusively have the figures.

“It is therefore directly incumbent on INEC to declare the final results instead of deliberately creating openings for the subversion of the final process; a development, which exposes the commission’s complicity with the Presidency and the APC to enmesh the election into unnecessary crisis.

“Our party cautions INEC to note that a lot of innocent Nigerians have already been killed by the APC in its desperation to forcefully take over Rivers state.

“The commission should therefore save the state from more bloodletting by immediately declaring the results.”
Ologbondiyan called on President Muhammadu Buhari to reflect on the bloodletting that characterised the election and call the military to order.

“Mr President should immediately call the security agencies to end their siege to our electoral process. Any further delay is a recipe for escalation of crisis in our nation.”

Ologbondiyan added that many Nigerians believed that the violence would have been averted if the Amendment to the Electoral Act was signed.