We have broken fertilizer jinx - Buhari 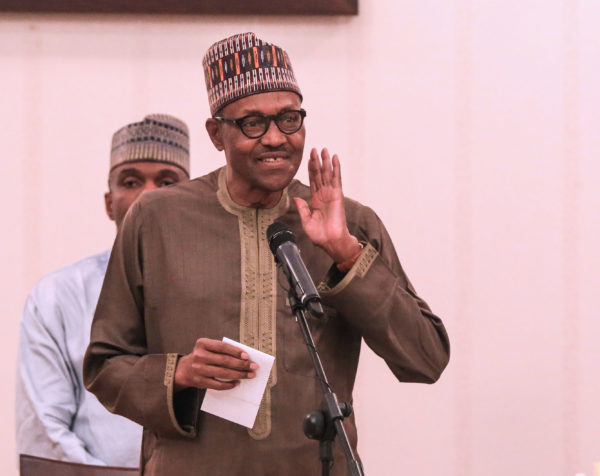 President Muhammadu Buhari says his administration has broken the fertilizer jinx and the product is now available in all local governments across the country at affordable rates.

The president said this on Sunday when he received representatives of community and development associations from Daura Emirate at his private residence in Daura, Katsina State, who came to congratulate him on his re-election.

According to him, Nigerians are already benefiting from the good agricultural policies of the Federal Government, saying that lifestyles are changing and standards of living among the poor are rising.

He said ‘‘Nigerians are already benefiting from the good agricultural policies of this administration, lifestyles are changing and standards of living among the poor are rising.

“Investments in agriculture will be sustained. In the last three and a half years, the contributions of agriculture to GDP have been impressive, in addition to earnings from food exports.

“We have broken the fertilizer jinx and the product is today available in all local governments at low prices. More measures are in the offing to transform the lives of millions of Nigerians across the country.”

The president pledged to introduce new programmes and projects that would make agriculture more attractive to Nigerians and increase jobs in the sector.

Speaking at the event, retired AIG Sani Daura said the president’s honesty and integrity in public governance would remain a thing of pride to the community, adding that those attributes, among others, guaranteed his re-election.

A youth representative, Alhaji Mohammed Sale, while commending the Federal Government for establishing an irrigation scheme, skills acquisition centre and completing a sub-station to boost electricity in the community, appealed for a new Federal Medical Centre and a university in Daura.

‘‘The youths are ready to participate actively in the next level of your government,’’ Sale told the president.

Later at a separate event in Daura, a victory party to celebrate the president’s re-election was organised by Porridge Dealers (Fura da Nunu) Association in the ancient town.

The president, who was represented at the fete by his senior aides and family members, joined the local community to some traditional singing, dancing and exchange of gifts.