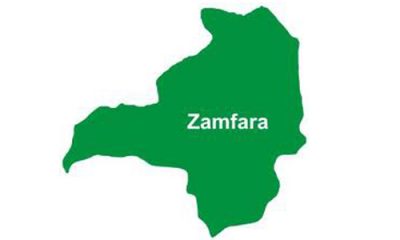 Some prominent citizens of Zamfara on Monday urged people of the state to remain calm and accept the outcome of the governorship and state assembly elections in good faith.

Among them, Minister of Defence, Mansur Danali, who spoke to journalists at his Birnin Magaji residence, said no one should take the law into his hands or intimidate others over the outcome of the elections.

He commended the effort of security personnel in the management and maintenance of law and order which he noted was largely responsible for the peaceful conduct of the polls.

Similarly, the governorship candidate of the opposition Peoples Democratic Party (PDP), Alhaji Bello Matawalle, directed all his supporters to accept the outcome of the elections as “an act of God.”

Matawalle who commended the peaceful manner with which the electorates conducted themselves during the elections, said it was a sign of maturity for the world to know that Nigeria’s democracy has come to stay.

Also commenting, the Senator representing Zamfara Central, Alhaji Kabiru Marafa, urged people of the state to consider the outcome of the elections as an “act of God.”

Marafa who aspired to the governorship position at the last All Progressive Congress (APC) primaries, characterized by many challenges, had joined eight aggrieved governorship aspirants of APC to form the G8 as a faction of the ruling party in the state.

He said, “anyone who says there is no candidate for the governorship and state assembly elections in the state is either ignorant of the law or a mischief maker trying to cause problems.

“We are all aware that the Zamfara High Court had since accepted the list of candidates presented by the state government side which it also directed INEC to accept.

“Even though we are presently in the court challenging that decision, as law-abiding citizens, we accept that the party has candidates to all the governorship, deputy governorship and 24 state assembly members.

“I believe that it is only the law courts that have the right to change this decision and I am calling on all to respect this position.”

Also speaking to journalists in Gusau, the Chairman of Gusau Local Government, Alhaji Ibrahim Tanko expressed satisfaction with the way the people of the area behaved during the elections.

“Despite the security challenges that bedevilled the local government before the election, the process went peacefully and even shop owners and other businesses respected the order by not opening for business.”