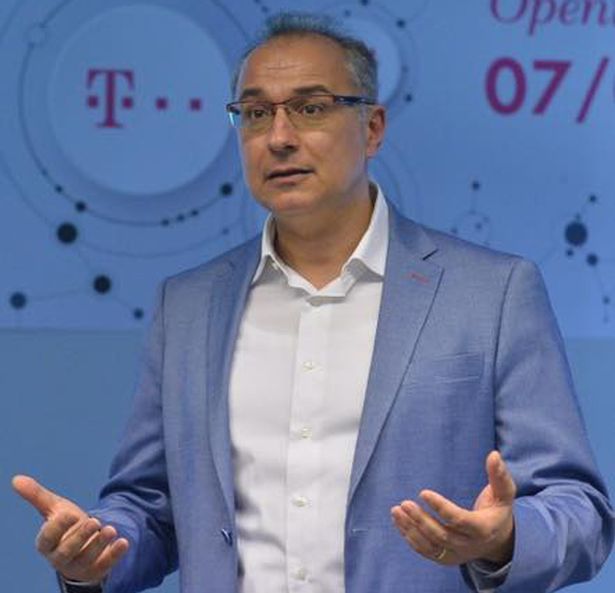 A Greek man has told how he was saved from the Ethiopian Airlines disaster because he was running just two minutes late – and demanded to be let on board.

Antonis Mavropoulos would have been the 150th passenger on board the doomed jet – which crashed and killed all 157 on board, including seven Britons – but he ended up missing flight ET302.

The dad had spent about 40 minutes looking for a suitcase that was missing after an earlier leg of his journey.

In a Facebook post entitled “My lucky day”, Mr Mavropoulos said he was “mad” and “screaming” after no-one helped him reach the departure gate before the plane’s door closed.

But he soon learned that the Boeing 737 Max 8 plane had crashed just minutes after taking off from the airport in Addis Ababa, Ethiopia, and the police took him in for questioning.

Like many of the victims, Mr Mavropoulos was en route to Nairobi, Kenya, to attend the annual assembly of the UN Environment Programme.

Mr Mavropoulos, president of the not-for-profit International Solid Waste Association, said he missed the plane because he was running late, and the gate closed just two minutes after he arrived.

He protested and looked through the window as passengers settled into their seats in the cabin, where he was meant to be sitting in seat 2L in business class at the front of the aircraft.

Mr Mavropoulos, who posted a photo of his plane ticket, wrote: “I was mad because nobody helped me to reach the gate on time.

“I was screaming to put me on but they did not allow it.”

The plane took off without him on what was meant to be a two-hour journey from Addis Ababa to Nairobi, and he booked a seat on a later flight, but airport staff prevented him from boarding.

Mr Mavropoulos complained but was led away.

He wrote: “They led me to the police station of the airport. The officer told me not to protest but to pray to God because I was the only passenger that didn’t board the ET302 flight that was lost.”

Police wanted to question him to find out why he wasn’t on board.

He added: “They said they couldn’t let me go before cross-checking my identity, the reason I hadn’t boarded the plane etc.”

Mr Mavropoulos said he was in a state of shock after learning he had narrowly avoided death, and realised how “lucky” he was.

He then began contacting family, including his wife and daughter, and friends to let them know that he wasn’t on board and he was still alive.

He closed his post by writing: “Maybe not too old to rock and roll – but certainly too young to die.”

He later told Alpha TV: “This is one of those moments which changes one’s perspective of life.

“You realise that our lives are hanging from threads. I just want to send many kisses to my wife, my mother and my daughter.”

All 149 passengers and eight crew members were killed when the Ethiopian Airlines jet crashed on Sunday near the town of Bishoftu in the deadliest aviation accident in Ethiopia’s history.

The pilot had reported a problem and requested to return to Addis Ababa, but the plane crashed just six minutes after take-off at 8.44am local time.

The plane’s black box, a cockpit voice and flight data recorder, has been recovered and it will be analysed as part of the investigation.

The dead were of 35 different nationalities.

With 149 passengers on board, the plane had just a few empty seats.

According to the website SeatGuru, Ethiopian Airlines’ fleet of Max 8 planes have 154 seats – 16 in business and 138 in economy.

The cause of the crash is under investigation.

It is the second air disaster involving a Boeing 737 Max 8 jet in five months, raising questions about the safety of the planes.

In October, a jet operated by Indonesia’s Lion Air crashed into the Java Sea 12 minutes after take-off, killing all 189 people on board.

In the aftermath of Sunday’s disaster, Ethiopian Airlines has grounded its four remaining Boeing 737 Max 8 planes “as extra safety precaution” until further notice.

China and Indonesia have ordered their airlines to suspend operations of their 737 Max 8 jets.

Cayman Airways has also announced that it would ground its fleet.

Boeing said the investigation into the crash is in its early stages and there is no need to issue new guidance to operators of its 737 Max 8 aircraft.