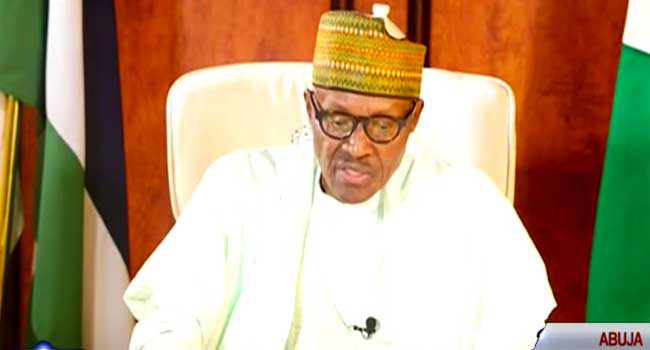 President Muhammadu Buhari has condoled with families of the two Nigerians, Amb. Abiodun Bashua and Prof. Pius Adesanmi, who lost their lives in the Ethiopian Airlines plane that crashed on Sunday.

The News Agency of Nigeria (NAN) reports that Bashua and Adesanmi were among the 149 passengers and eight crew members that died in the plane crash in Addis Ababa.

Malam Garba Shehu, the President’s Senior Special Assistant on Media and Publicity, in a two-paragraph statement on Sunday night in Abuja, said Buhari also condoled with friends of the distinguished Nigerians and the other passengers and crew who lost their lives in the plane disaster.

He said: “My thoughts are with the families and friends of these distinguished Nigerians and the other passengers and crew who lost their lives in the plane crash in Addis Ababa. May the Almighty Allah give them strength and fortitude to bear the loss.”

The aircraft was en route from Addis Ababa to Nairobi with 149 passengers and eight crew on board.

An official of the airline, who preferred anonymity, said that Amb. Abiodun Bashua and Prof. Pius Adesanmi were two Nigerians that have their identity confirmed in the crash.

“The other Nigerian had a UN passport.

“I’ve just been informed now that we lost a high profile Nigerian, Amb. Abiodun Bashua in that crash.

”Bashua was the former UN and AU Deputy Joint Special Representative in Darfur, Sudan. A complete gentleman. May God rest his soul,” the official added.

The President had earlier in a statement extended his sincere condolences to Prime Minister Abiy Ahmed of Ethiopia, the people of Ethiopia, Kenya, Canada, China and all other nations who lost citizens in the air disaster.