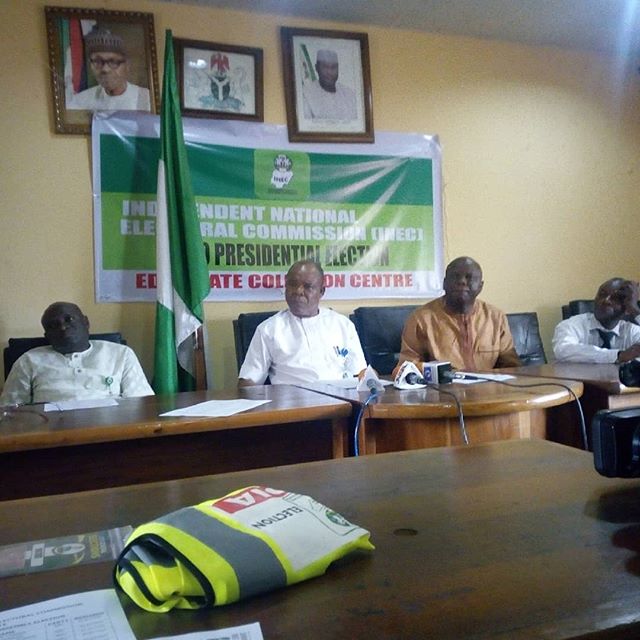 In a press conference today at the INEC office in Aduwawa, Benin City, the resident electoral commissioner – Emmanuel Alex – Hart while briefing news men, stated that the just concluded state house of assembly elections which held on 9th March in Benin was a success in 17 out of 18 LGA’s in the state.

The ruling party APC swept all except ”Orhiomwon” LGA, where elections were declared inconclusive due to Ballot snatching, faulty card readers and violence.

Hart disclosed that there will be a re – election in the affected areas very soon and issuance of certificates will be awarded to winners on Tuesday or Wednesday.

Overall results are yet to be announced as at the time of this report, but the list below already speaks for itself as to who the winners are. 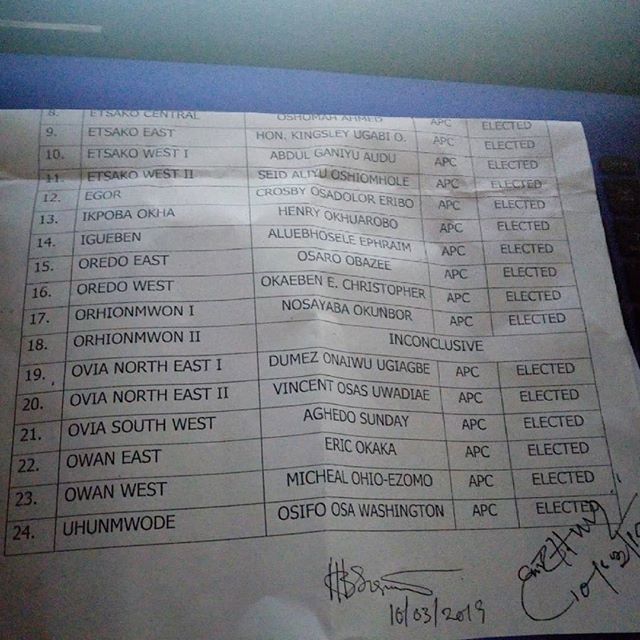