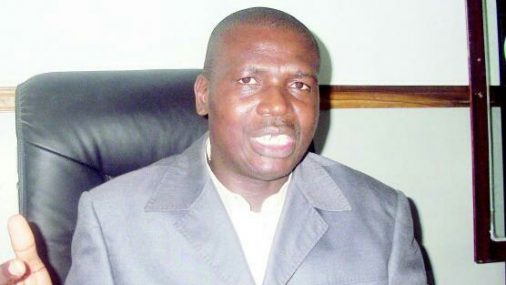 This, he said, was in a bid to foster economic growth and development in the state.

Adegboruwa said that having emerged winners of the Gubernatorial and House of Assembly elections, it now behoves on the newly elected officials of government, to put in place policies and statutes, aimed at achieving an efficient economic system.

The Governorship and Hosue of Assembly elections held on March 9, saw Mr Babajide Sanwo-Olu of the All Progressives Congress (APC) emerge winner of the Governorship election with majority of votes cast in his favour.

While congratulating the winners, Adegboruwa said that their victory was a call to duty, and underscored the need for them to ensure an all-inclusive government.

“For Lagos State in particular, there has to be a change in governance; the resources coming into Lagos State is not commensurate with the development people are experiencing on ground.

“It is a major failure of governance that Lagos is still struggling with power supply; it is a shock for Lagosians that government could not afford to develop a concrete system to generate 24-hours power supply in Lagos.

“The reason there is so much impunity and violence in Lagos, is tied to power; small scale businesses cannot run, judges need power supply, the newsrooms, schools, banks, courts and vulcanisers all need power supply.

“I believe that the first agenda of the new governor of Lagos State is to sit with the Federal Government and agree on how to generate power supply for the state,” he said.

“The economy of Lagos State is capable of competing with several nations in Africa, if there is power supply.

“Next, is the issue of miscreants otherwise called area boys’ impunity; the traffic situation in Lagos is horrendous and this is on account of impunity by Danfo drivers, commercial motorcycle or “Okada riders, Tricycle drivers, and all manner of people who are involved in transportation.

“So, there has to be that deliberate decision taken to ensure that there is compliance with traffic regulations.”

He expressed belief that there was a disconnect between the people and government and said that with respect to the people who are in power, they should ensure that they carry the people along.

On issues surrounding the Land Use Act and lands in the state, Adegboruwa said that governement must allow the indigenous people of Lagos State to have a say in the determination of who got their lands.

He noted that 70 per cent of cases in High Courts of the state relates to land issues, adding that the people should be carried along as it was their customary heritage.

On Taxes, Adegboruwa said: “There is the need to cut down on taxes; too many multiple taxes going on in Lagos and it is over bearing on the people; I believe that this government must come with a human face and agree with the people to ensure that we don’t have multiple taxes.

“Lastly is the issue of Administration of of Justice; Lagos State has always been setting example, but is now behind in terms of effectiveness and productivity in the administration of justice.

“There is congestion, few Judges, few courts and there are no facilities; Lagos is not a place where you go to court and cannot get a seat as a lawyer, in several of the courts, the seats have now collapsed.

“I don’t think that in this century, and in the project and visions of a mega city, we should have a court system where you cannot get judgment in eight years with respect to a land matter,” he said.

He said that “there should be an urgent declaration of emergency in the judicial sector to ensure that the welfare of judges is taken care of, with more judges are appointed and electronic means of taking evidence achieved,” he added. (NAN)