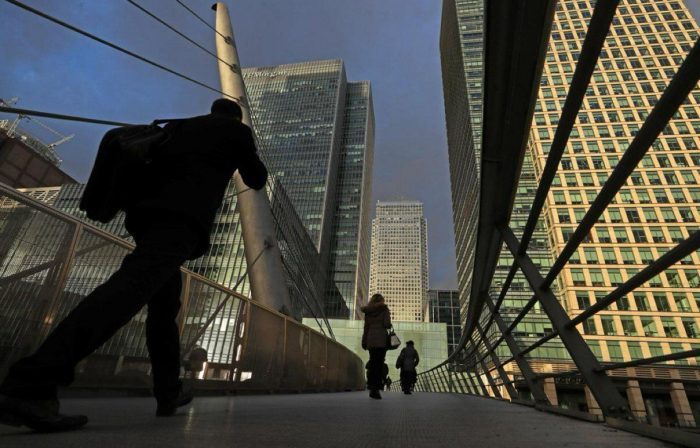 More than 275 financial firms are moving a combined 1.2 trillion dollars in assets and funds and thousands of staff from Britain to the European Union in readiness for Brexit at a cost of up to 4 billion dollars, a report from a think tank said on Monday.

UK lawmakers are due to vote on Tuesday on an EU divorce settlement.

But with less than three weeks to go before Brexit day on March 29, it is still unclear whether the deal will be approved, whether departure from the EU will be delayed, or whether it will happen without agreement.

The report by the New Financial think tank, one of the most detailed yet on the impact of Brexit on financial services, said Dublin alone accounted for 100 relocations, ahead of Luxembourg with 60, Paris 41, Frankfurt 40, and Amsterdam 32.

Nearly 90 per cent of all firms moving to Frankfurt are banks, while two-thirds of those going to Amsterdam are trading platforms or brokers.

Paris is carving out a niche for markets and trading operations of banks and attracting a broad spread of firms.

New Financial identified 5,000 expected staff moves or local hires, a figure that is expected to rise in coming years.

A better measure of Brexit’s impact is the scale of assets and funds being transferred, it said.

Ten large banks and investment banks are together moving 800 billion pounds of assets from Britain – or 10 per cent of banking assets in the country.

William Wright, founder and managing director of New Financial, said the hit to London was bigger than expected and would get worse.

“Business will continue to leak from London to the EU, with more activity being booked through local subsidiaries,” Wright said.

“This will reduce the UK’s influence in European banking and finance, reduce tax receipts from the industry, and reduce financial services exports to the EU.”

A 10 per cent shift in banking and finance activity would cut UK tax receipts by about 1 per cent, the report said.

But the breadth and depth of relocations so far, combined with pacts between regulators in Britain and the EU, mean the industry is well prepared for whatever form Brexit takes, New Financial said.

London will remain the dominant financial center for the foreseeable future, but other European cities will chip away at London’s lead over time, it added. (Reuters/NAN)