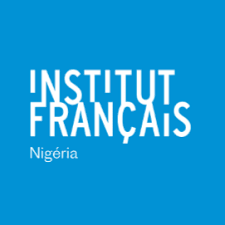 Mr Benoit Billy, Linguistic Attaché at the French Embassy in Abuja, on Tuesday promised an educational and cultural project to promote the speaking of French Language in Nigeria.

Billy made the promise while speaking at a news conference to commemorate the Francophone Week being organised by the Institute Francais from March 18 to March 23 in Abuja.

The week is to highlight events to mark this year’s International Francophone Day on the theme “the French Language, Connecting for Action” celebrated globally on March 20 of every year.

According to him, this is the world’s biggest event in celebration of the French gastronomy across 150 countries and it will take place here in Nigeria.

“we will have karaoke, talents shows; inter-school sports tournament for pupils of French partnership schools with trips to France for the winners.

“It is not a France event but Francophone; it is not activity between France and Nigeria, rather Francophone’s and Nigerians, to mobilise students, pupils and teachers on French language.

“Although Nigeria is not a member of Francophone countries, we believe by establishing French oriented projects, we will encourage people to learn French language and culture.

“We propose a large range of French language and cultural projects, to celebrate the day and encourage the use of the language.

“We will organise activities in declaration of French-speaking population, promote respect for the culture and linguistic diversity, to help preserve French and sustain the development,” Billy said.

He said that the International Organisation of Francophone countries, also known as Francophonie, consists of 88 member states and governments.

He also said that the organisation accounted for a population of 300 million French speakers globally and it’s numerous values globally.

He said that activities to mark the day would feature movie screening, talk shows in French language and live music.

The activities scheduled to take place at the French Institute in Abuja would feature cooking traditions and practices from France.