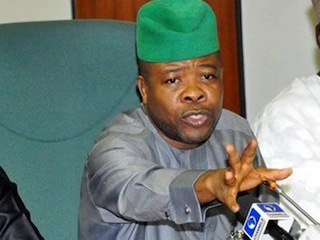 Emeka Ihedioha, a former deputy speaker of the House of Representatives has been declared the winner of the Imo governorship election.

Ihedioha, candidate of the Peoples Democratic Party (PDP) was declared governor-elect by the returning Officer for the election, Professor Francis Ogbonnaya Otunta at 11:57 pm on Monday.

Ihedioha got 273,404 votes, while Uche Nwosu of the Action Alliance (AA) and son-in-law of Governor Rochas Okorocha came second with 190, 364 votes.

Senator Hope Uzodinma of the All Progressives Congress (APC) came third with 96,458 votes.

The governor-elect, Ihedioha took to Twitter early Tuesday to thank his people and pledged to ‘rebuild’ the state.