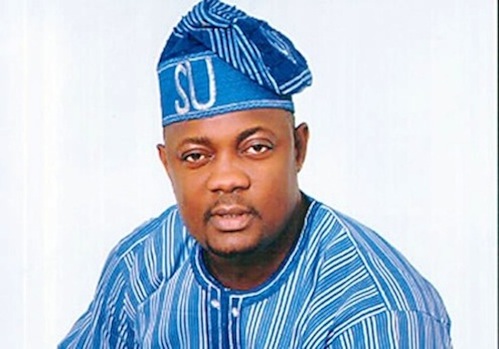 The Senate on Tuesday resumed sitting, to adjourn plenary till Wednesday over the death of a member of t House of Representatives, Mr Temitope Olatoye, representing Akinyele/Lagelu Federal Constituency of Oyo.

This was sequel to a Point of Order by the Senate Leader, Sen. Ahmad Lawan at the plenary.

Lawan had urged the senate to suspend Tuesday’s plenary as a result of the demise of the lawmaker.

Coming under Order 43, he said as part of the National Assembly’s tradition, it was important to suspend legislative activities as a mark of respect.

“You will recall that Hon. Temitope Olatoye died during the elections and I hereby move a motion for adjournment till Wednesday,” he said.

Meanwhile, a minute silence was observed in honour of the deceased.

President of the Senate, Dr Bukola Saraki, who prayed for the repose of the soul of the deceased adjourned plenary till Wednesday.

Olatoye, popularly known as `Sugar” was reportedly shot dead by unknown gunmen on March 9, after which he was rushed to UCH Ibadan, where he died.

The senate had adjourned on January 26 to enable lawmakers vote in the Governorship and House of Assembly Elections of March 9.