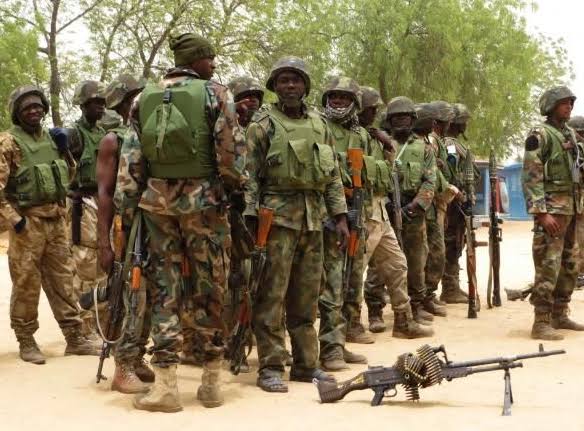 This was contained in a statement signed by Acting Force Information Officer, Maj. Clement Abiade in Gusau on Tuesday.

He said, the troops also recovered weapons, ammunition and rustled cows as they blocked all entry points to the bushes to deny the bandits free movement while building the confidence of the locals.

“A total of 24 suspected bandits informants, rustlers, kidnappers and logistics suppliers were arrested and handed over to the police for further investigation.

“The Air Component of the operation carried out several air strikes around Kagara, Gando, Fankama, Fete and Dumburum forest during which successes were recorded.

He added: “The troops’sustained operation led to the return of over 1000 Internally Displaced Persons (IDPs from Maru to Bini village on Feb.17.

“The Emir of Maru, Alhaji Abubakar Chika and the Chairman of Maru Local Government Area (LGA) Alhaji Salisu Dangulbi witnessed their departure at the LGA headquarters.

“Unfortunately, this feat was not achieved without supreme sacrifice being paid by one officer, two soldiers and a vigilante who paid the supreme prize during the encounter with bandits in Kagara forest.”

He said the Force Commander, Maj.-Gen. Olabanji Stevenson sympathised with the families of those who lost their lives or got wounded assuring that their pains would not be in vain.