Collapsed building: Sanwo-Olu condoles with families of children who lost their lives 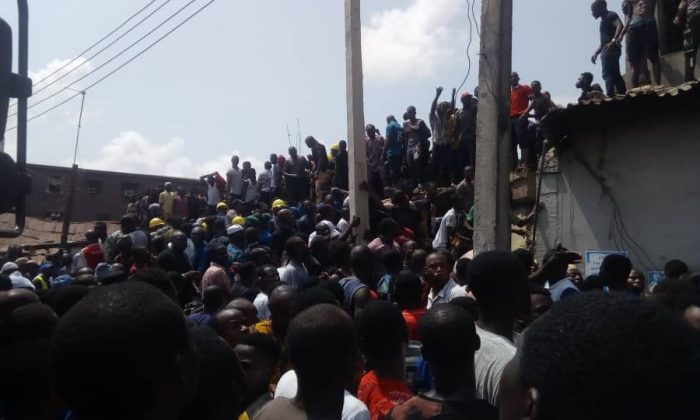 Crowd at the site of the collapsed building

Lagos State Governor-elect, Babajide Sanwo-Olu has commiserated with families of children who lost their lives in the collapsed three-storey building on Lagos Island on Wednesday.

Sanwo-Olu, on his twitter handle expressed deep condolence to the bereaved families, describing the incident as unfortunate.

He urged people to cooperate with officials working on rescue efforts.

“My deep condolences to the families of the children who lost their lives as a result of the unfortunate building collapse at Itafaji. I urge people to cooperate with officials working on rescue efforts. My prayers are with the affected families and the school management,” he said.