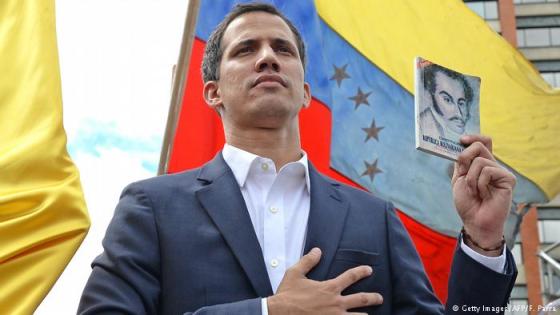 To Guaido, the self-declared interim president seeking to oust President Nicolas Maduro, the proposal is vital to reverse the collapse of the OPEC-member nation’s oil industry.

Oil provides 90 per of Venezuela’s export revenue, and such a move could win Guaido support among foreign energy companies to help finance a desperately-needed rebuilding after crude production has fallen to a seven-decade low.

“We need to change the current framework … we need to open up the oil industry to private investment,” said Ricardo Hausmann, Guaido’s delegate to the Inter-American Development Bank.

Speaking at an energy conference in Houston, Hausmann said that PDVSA’s role had to be limited due to its operational and financial weakness.

Neither PDVSA nor the Information Ministry replied to a request for comment.

The proposal could provide ammunition for Maduro’s claims that Guaido is a puppet for foreign interests, but is unlikely to damage widespread support for the opposition leader with many Venezuelans tired of years of shortages and hyperinflation.

However, the plan’s impact will remain symbolic as long as Maduro remains in power. Despite being disavowed by 50 governments who recognize Guaido as the country’s legitimate leader, Maduro continues to control Venezuela’s military and its oilfields.

Under the proposal, which is expected to be released and discussed at Venezuela’s National Assembly in coming days, private firms could choose to run the day-to-day operations of Venezuelan oilfields, a sharp departure from the Chavez era in which foreign companies could only hold minority stakes and were not granted operational control.

PDVSA would continue as a main player but some of its assets would be transferred and auctioned off by an independent regulator, in a manner similar to Mexico’s energy reforms, which ended a 75-year monopoly.

“The Venezuelan oil industry has collapsed after years of arbitrary policies that turned PDVSA and its subsidiaries into political tools serving the Socialist model,” according to the preamble to the law.

Guaido’s team is proposing a variety of exploration and production contracts to allow private companies for the first time in decades to operate oilfields individually and in partnership with PDVSA.

U.S. National Security Adviser John Bolton, who has urged Maduro to resign, had called for opening the energy industry to foreign operators.

“It will make a big difference to the United States economically if we could have American oil companies invest in and produce the oil capabilities in Venezuela,” he told Fox News in late January.

The new contracts would be awarded by a new regulator, named the National Hydrocarbon Agency, which would organise a “round zero” and let PDVSA pick its preferred oilfields.

“All hydrocarbon reservoirs can be part of an auction to be decided by Venezuela’s Hydrocarbon Agency,” the draft says.

Once the law is approved, there would be additional legislation to come for regulating specific aspects of the oil business, according to the draft.

Venezuela’s current energy law, the backbone of an economy dependent on oil revenue, was approved by Chavez in 2001 under a legislative power granted to him by the congress, and was later revised to increase taxation and the government’s control over the industry.

More than a decade ago, Chavez used the law to force foreign partners to enter into joint ventures controlled by PDVSA, following a lengthy oil industry strike against his government.

Chavez began a wave of nationalizations that led ConocoPhillips and Exxon Mobil Corp to leave the country and later win billions of dollars in international arbitration claims.

The new proposed law would impose a flexible royalty rate with a minimum of 16.67 per cent and maximum of 30 per cent, depending on oil prices, removing shadow taxes that increase payments.

At present, companies including Chevron Corp are compensated through dividends paid by PDVSA.

“It would be a step backwards, it would not live up to what Chavez left the workers, which is a company that’s free, a nationalized company,” said Luis Rojas, head of an oil workers union who works at a heavy oil project in the east of the country.

PDVSA under the legislation would remain a constitutionally-created state-run oil company, but would no longer be required to be in all oil ventures and operations.