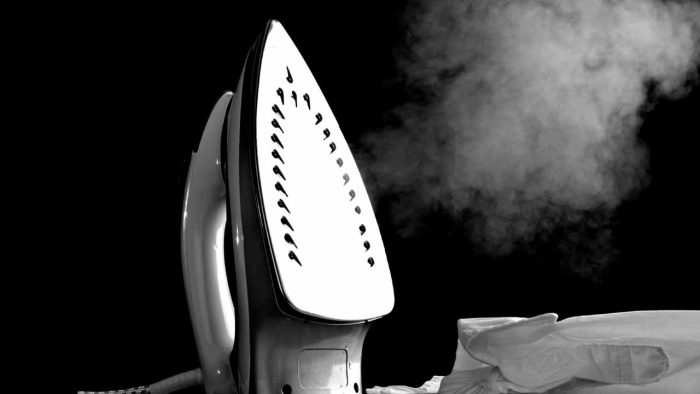 A 12-year old juvenile is struggling to sit and sleep after her mother and sister allegedly ganged up and took turns to burn her all over the body with a hot iron for coming home late.

The girl (name withheld) who is doing Grade seven at Nyamauru Primary School, Dangamvura, Zimbabwe, sustained serious burns on her privates, back side, hands, thigh and cheeks.

Police have since arrested the girl’s mother and sister (names withheld), aged 50 and 21 years respectively.

The girl, according to neighbours and witnesses, was ‘punished’ for allegedly being a problem child.

The Manica Post reports that during a visit to the Dangamvura Police Station on Tuesday morning the mother and relatives had been summoned for questioning, while the girl was also present but could hardly sit, as she was kneeling down whilst her hands were on the bench. She was in pain.

When reached for comment, Inspector Kakohwa said: “We have arrested two women who are facing charges of physical abuse (domestic violence) and they are assisting the police with investigations. On March 2, at around 4pm, the juvenile lied to her parents that she was going for some extra lessons.

“She came back around 8pm and locked herself in her room. The two accused called her but she refused to come out. She went out again the following day and came back in the evening. This angered her mother who realised that she was not fully dressed. They then burnt her several times with a hot iron on her buttocks, thigh, hands and cheeks. They locked her in the house and did not take her to the hospital. We received a tip-off which subsequently led to the arrest of the two.”

Neighbours interviewed said they heard the girl crying for help on Sunday evening.

“She was screaming and we heard some voices of women saying switch on the iron, she must learn a lesson. She tried to escape but failed. We were worried but there was nothing we could do. The girl’s mother is not that sociable so we did not bother to go and check on what was happening,’’ said one neighbour who declined to be named.

Before the incident, the girl had sought refuge at her mother’s friend’s house, known as Mai Mzemba after she had come home late and sensed danger.

Mai Mzemba, who witnessed part of the incident said: “This girl came to my house around 7pm on Sunday saying she had been chased away from home. So I told her that I wanted to see her mother and inquire why. After all, we knew she was lying. I refused that she would sleep at my house without her mother’s knowledge. She did not want to go home. I went to see her mother (who is not feeling well) and we learnt that she was a troublesome girl. Her mother was really infuriated, mainly because she was not dressed completely. Like any other parent she might have concluded that she was sexually active.”