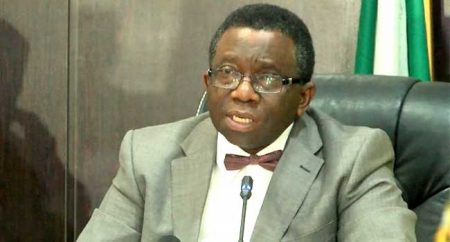 The Permanent Secretary, Federal Ministry of Health, Mr Abdullahi Mashi, said that the country’s health sector has an annual deficit running into about 10 billion dollars (N3.06 trillion), in infrastructure gap.

Mashi, who was represented by Dr Omobolanle Olowu, the Head of Public Private Partnership (PPP) at the Ministry disclosed this on Thursday in Abuja at the First Quarter Consultative Forum.

The Forum on PPP was organised by the Infrastructure Concession Regulatory Commission (ICRC).

Mashi said that with the dwindling oil price, which accounts for over 70 per cent of government’s revenue, there was no way the government alone could finance the infrastructure deficit in the health sector.

He, however, noted that the Federal Government current policy places emphasis on the private sector driving developments within the health sector, adding that this has created a favourable environment for PPPs and investment in health.

“The health sector has potentials for private investment and government hopes to establish private sector driven world-class hospitals and diagnostic centres to reverse the direction of medical tourism to Nigeria.

“This is the right time and opportunity for the health sector to showcase its potentials as a business sector, rather than just being a social sector,” Mashi said.

The permanent secretary also revealed the Federal Government’s plan to build the Abuja Medical City, which would be a one-stop-shop for first class medical services in the country, through the Public Private Partnership.

Also, the Director-General, ICRC, Mr Chidi Izuwah said the commission is presently working to simplify the PPP process, so that more Ministries, Departments and Agencies of government can use the model for their capital projects.

“In line with the ease-of-doing business initiative of the government, we have removed the requirement of presenting the Outline Business Case Compliance Certificates to FEC, before proceeding to the PPP procurement process.

“This has immensely improved the PPP delivery process by reducing the duration of the transaction, which has been a major complaint of many stakeholders.

“We are also working with the Federal Ministry of Justice to conclude on a template PPP agreement, which will also improve the time it takes for a PPP transaction to be concluded,” he said.

Izuwah stated that Nigeria has been invited to become a member of the World Association of PPP, which is a global network of infrastructure agencies, private sector companies and PPP professionals.

He said that Nigeria’s admission will open the country to more investment opportunities and partnerships, while improving on critical infrastructure.

The News Agency of Nigeria reports that the Chairman of Nisa Premier Hospital, Dr Ibrahim Wada, made a presentation on the successful partnership with the Federal Government to improve healthcare delivery at Garki General Hospital.

Also, the Executive Director, Mainstream Energy Solution, Mr Siraj Abdullahi briefed the forum on what the company had done to improve the Kainji/Jebba Hydro Power Plant since its concessionaire.