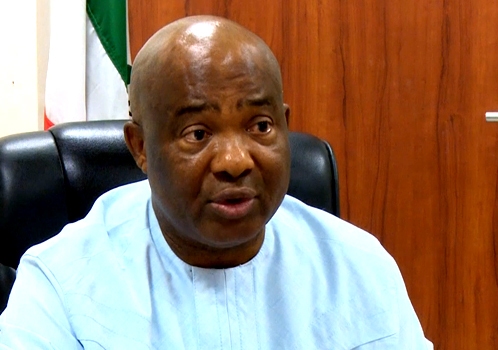 The All Progressives Congress, APC, candidate in Imo State, Hope Uzodinma says he is heading to court to challenge the governorship election results which declared Emeka Ihedioha of the Peoples Democratic Party, PDP, as the winner of the poll.

The Independent National Electoral Commission, INEC, had declared Ihedioha winner of the election, having polled majority of the votes.

Uzodinma came third in the election after being outshone by the the Action Alliance candidate, Uche Nwosu, who came second in the poll.

However, Uzodinma said he would head to court to challenge the outcome of the poll, saying that the poll was fraught with series of iregularities.

Addressing party supporters, he alleged that INEC conspired with the PDP to rig the election, while appealing to his supporters to remain calm.

He said those who were manipulating argued that it would be suspicious if the APC candidate that they knew clearly will won this election was not even in second position.

In his words: “We are going to challenge the result. We will be very resilient. We will address it and God willing, justice will be done.”