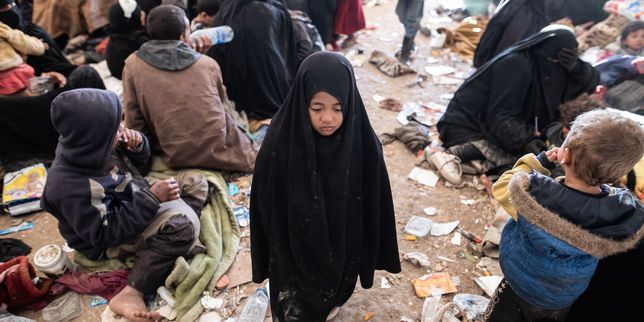 FILE PHOTO: These children, "aged five and under," were in camps in northeastern Syria, according to the Foreign Ministry.

France on Friday brought several children back from the camps in northern Syria where former residents of Islamic State territory and family members of its fighters were held.

“The children all under five were orphans who were on their own in the camps,’’ the French Foreign Ministry said.

They have been handed over to French judicial authorities and will be given medical and psychological care.

The ministry said that France’s position concerning its adult citizens who had joined or fought with the Islamic State organisation remained unchanged.

“They must be tried in the territory where they committed their crimes,’’ the ministry noted.

The fate of foreign Islamic State fighters and their families has become a pressing issue as the Kurdish-led Syrian Democratic Forces (SDF) close in on the group’s last patch of territory in Syria.

Recent weeks have seen thousands of Islamic State fighters and civilians surrender to the Kurds.

However, while they are being held in prisons and camps in Kurdish-held north-eastern Syria, the future of those areas is itself uncertain as the U.S. has said it is pulling its allied special forces out of Syria.

The Kurds’ de facto autonomous zone will be highly vulnerable if the U.S. forces leave, with Turkey threatening an invasion and the Syrian government opposed to Kurdish self-rule.

The SDF has already handed 13 French Islamic State fighters it captured over to neighbouring Iraq, which says they will be put on trial for attacks committed there.