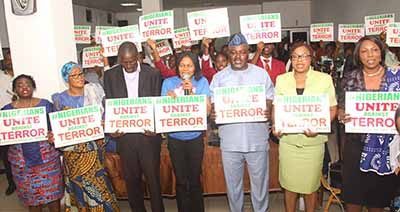 A non-governmental organisation (NGO), known as “Protect the Precious,” has called on relevant government agencies, corporate bodies and civil society groups to sustain the national discourse on gender-based violence.

The Lead Coordinator of the NGO, Miss Norah Okafor, made the call on Thursday in an interview with the News Agency of Nigeria (NAN) in Umuahia.

Okafor described gender-based violence as a global phenomenon that affects the health, dignity, security, and freedom of the woman.

She further said that the impact of the trauma caused by gender-based violence could have negative consequences in a developing child, which could continue into adulthood.

She said that recent cases of abuse had further underscored the need for young girls to be educated on the strategies for preventing and responding to gender-based violence.

Okafor said, “It has become imperative to remind Nigerians on the need to protect the girl-child and ensure that the discourse on gender-based violence remained a priority in the country.”

She also called on organisations to facilitate the implementation of policies and programmes that would eliminate gender-based violence and secure the future of the girl-child.

She said that the group planned to visit over 30 schools before the end of the year during its proposed nationwide campaign against gender-based violence.

According to her, the campaign will take place within and outside Abia, including Akwa Ibom and Imo.

“Our goal is to ensure that the girl-child is taught to know who she is, protected and given a place in the society, while grooming her to grow into an all round woman,” Okafor said. (NAN)