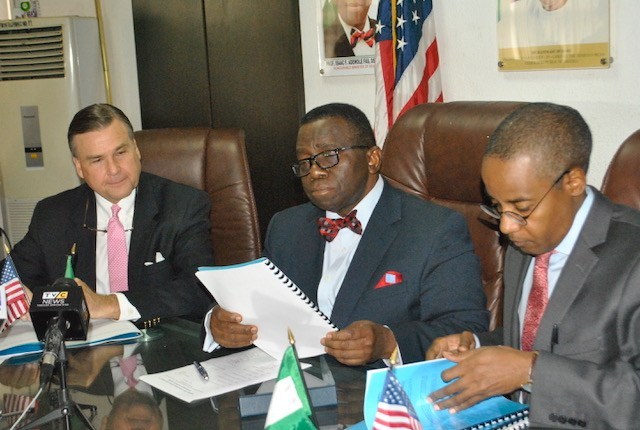 What the survey is about

The Nigeria HIV/AIDS indicator and Impact-Assessment Survey (NAIIS) was conducted in order to measure the size, distribution and determinants of the country’s HIV/AIDS epidemic as well as impact of current interventions in Nigeria.

The survey measured the HIV prevalence rate (defined as the proportion of persons who tested positive for HIV)stratified on the basis of age, sex and geographic location. Data was also collected on knowledge and awareness of HIV prevention, risk behaviors predisposing to HIV infection as well as levels of stigma and discrimination in the society.

In order to measure the impact of current interventions, the survey measured the uptake of HIV testing, care and treatment services and viral suppression (the reduction or absence of HIV in the bloodstream) among HIV positive persons on treatment.

How survey participants were selected

The NAIIS is a population-based household survey, with blood samples obtained from all local government areas in the country, such that every person residing in Nigeria had an equal chance of being selected for the survey. Approximately 225,000 persons were enrolled nationwide from 97,250 households over a 22-week period ending 22 December 2018.

Data collection was done by more than 3,000 field staff from household members ages 0-64 years old. Participants were asked about knowledge of HIV/AIDS, their behaviors, risks that may predispose them to HIV, health seeking behavior, and stigma and discrimination against people living with HIV/AIDS. Confidential HIV counseling and testing services were provided and blood samples tested for HIV, Hepatitis B, Hepatitis C and other bio markers. All participants that were found to be HIV positive were linked to a health facility to help them access HIV services. HIV confirmation tests were done,and viral load measured to determine the degree of viral suppression among those taking HIV medications. Viral load suppression was defined as having less than 1,000 HIV RNA copies per ml of plasma. Viral load suppression is an important marker of transmission as those with undetectable virus in their bloodstream will not transmit the virus.

The Results
• The national HIV prevalence among adults age 15-49 years was 1.4%. This means that for every 1000 persons in Nigeria aged 15-49 years, 14 will be carrying the virus.
• The national HIV prevalence for those aged 15-64 years was 1.5% (1.9% among females and 1.1% among males).
• The prevalence was highest among females age 35-39 years at 3.3%, and among males age 50-54 years at 2.3%.
• HIV prevalence estimates varied across Nigeria, with the highest prevalence in the South-South Zone and the lowest prevalence in the North West Zone.
• Almost half of all people living with HIV in Nigeria achieved viral suppression.
• Although almost 4 out of 5 women attended at least 1 ANC visit during their most recent pregnancy, only 2 out of 5 self-reported knowing their HIV status.
• The prevalence of viral load suppression among people living with HIV was highest among males age 55-64 years at 55.0% and among females age 45-54 years at 54.3%.
• Viral suppression was highest in the North Central Zone (65.6%) and the lowest in the South-SouthZone (33.7%).

Interpretation and Next Steps

1. Nigeria has completed a National AIDS and Impact Indicator Survey that provides high-quality data on HIV prevalence, incidence and other HIV-related health indices.

2. The data from the survey enhances our knowledge and understanding of the main drivers of the HIV epidemic in Nigeria and will help the National Agency for the Control of AIDS (NACA) and partners invest more effectively in response to HIV to further reduce deaths and improve treatment and prevention.

3.Nigeria is Africa’s most populous nation and the high burden of HIV makes it a national priority, with global implications. With close to 2 million persons infected with HIV, Nigeria continues to rank among the top three countries with the highest burden of HIV in the world.

4.About 4 out of every 10 Nigerians with HIV do not know their status and are therefore not accessing treatment services

5.Some states have a significantly lower HIV prevalence than previously estimated. High-quality data will facilitate more concentrated efforts and specialized responses to HIV and will allow funding to be more effective.

6.Nigeria will focus efforts on ensuring those infected with HIV achieve viral suppression, minimizing the risk for HIV transmission and moving Nigeria closer to controlling the HIV epidemic.

7.There is a strong need for a renewed commitment by Federal and State Governments for ownership and sustainability of current efforts.

8.Sustained commitment of international donor agencies is essential to enable Nigeria push through the last mile.