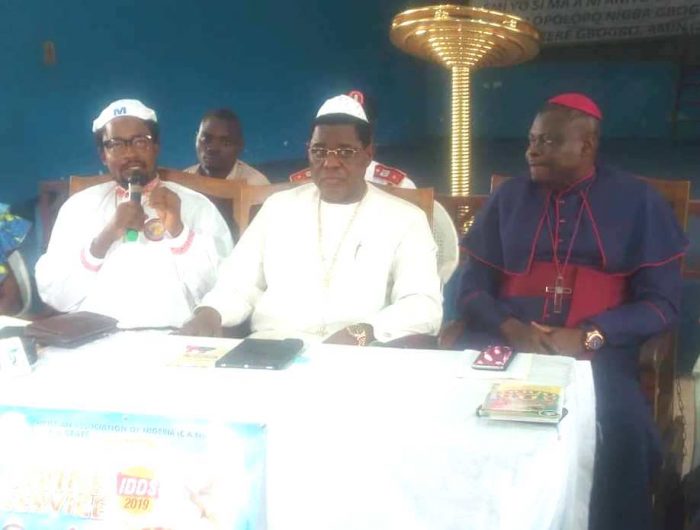 The Lagos State Chapter of the Christian Association of Nigeria, CAN, has set agenda for the incoming governor of the state, Babajide Sanwo-Olu, even as it puts machinery in motion to hold its annual Inter-Denominational Divine Service, IDDS, in the state.

At a news conference to announce the coming IDDS on Friday at the Shepherd Hill Baptist Church on Ikorodu Road, Lagos, Southwest Nigeria, Lagos State Chairman, CAN, Apostle Alexander Bamgbola said Sanwo-Olu would have to rule his subject with justice and fairness.

He said CAN had already told him that he must be fair to all and govern with the fear of God and in righteousness, urging the governor to do the right thing.

Bamgbola added that the governor-elect must govern with the interest of the people at heart, especially the poor that voted massively for his emergence.

According to him, Lagos is a mini-Africa with lots of challenges, saying that CAN would be praying for the governor-elect to excel.

He also said the prayer of the Christians had made it possible for the just concluded elections to be peaceful in Lagos State, unlike what happened in some states.

However, Bamgbola disclosed that the IDDS would hold on Saturday, 23 March, 2019 at the Shepherdhill Baptist Church, on Ikorodu Road, saying that Governor Akinwunmi Ambode would be at the event as the Special Guest of Honour, along with his wife, Bolanle Ambode.

He said due to the uniqueness of this year’s IDDS, the governor-elect, Sanwo-Olu and his deputy, Dr. Kadri Hamzat had also been invited, adding that the Guest Speaker would be His Eminence, the Catholic Archbishop of Lagos, Rt. Rev. Alfred Martins.

“It is important to emphasise that the five blocs of CAN, covers all Christian denominations: Catholic, Anglican, Methodist, Baptist, Presbyterian, African Churches, Lutheran Church, Qua Ibo Church, TECAN, ECWA, the Church of the Aladura, C&S Churches, the Apostolic and Christ Apostolic Churches and all the Pentecostal Churches, under the umbrella of the Pentecostal Fellowship of Nigeria.

“On this one day, Christians of every denomination come together in one spirit  and one accord to pray, praise and worship Jehovah the Almighty God. It is a great time of unity and oneness in fellowship with the Lord Jesus. Signs and wonders always accompany this singular event in an unusual way because of the mighty presence of the Lord Jehovah,” he said.