CAF: Why we lost to Sundown - Lobi Stars coach 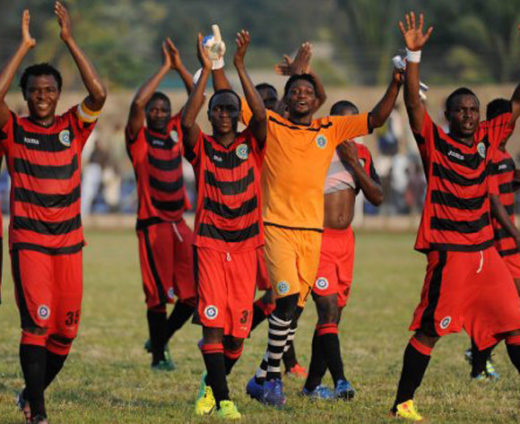 Coach of Lobi Stars of Makurdi, Solomon Ogbeide, has blamed his team’s 2-1 loss to Mamelodi Sundown of South Africa on the club’s lack of information on the eligibility of one of its players before the match.

Ogbeide said that their failure to know before the match that Alex Otakho, one of the club’s dependable midfielders, was not eligible for the match remained their greatest undoing.

Speaking to newsmen at the Nnamdi Azikiwe Stadium in Enugu on Friday, the coach said that every department of the club needed to be up and doing.

He said that the club had learnt its lesson from the championship, saying that football management was like film production in which every department was relevant.

He said: ”Everybody in a football club is important. So, any mistake made by anybody is visited on the team and information is very vital and we should improve on it.

”It was in South Africa that we learnt that Otakho was ineligible and CAF is an organised authority and they do not make mistake.

”We expect that players and their booking should be communicated to clubs days before their match for teams to get their house in order.

”This will help to produce the best team at the end of the competition.”

According to Ogbeide, ”had it been that I knew before hand, my preparation would have taken another dimension without the midfielder and we would have come out of the match unscathed.”

He also said that the players missed the vociferous support of their fans, having travelled away from home for the match.

”The voices of your fans help to motivate a team and they act as a driving force. Besides, the team we played had been together for along time.

”Consistency worked for them as their coach had been with the players for years and they only add few players to strengthen their team.

”Such is not the same in Nigeria,” Ogbeide said, adding that the constant changing of coaches and overhauling of players usually dragged clubs backward.

He further said that clubs were not at the same financial standing, pointing out that their opponents often travelled with the full complements of their players and supporters.