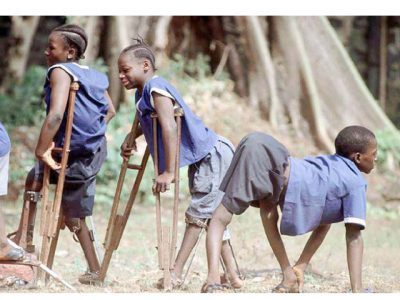 Dr Towoju Olumunyiwa, a medical practitioner with National Hospital, Abuja, has called on Federal Government to embrace measures that could make Nigeria polio-free.

Olumunyiwa made the call in Abuja on Saturday.

He said that the government needed to put a lot of resources together with its partners to make sure that polio was completely eradicated in Nigeria.

According to him, India is far bigger than Nigeria, but India has been able to eradicate polio since 2012.

“India was able to eradicate polio in 2012. India is bigger than Nigeria and if we talk of resources, we have enough resources as India, so why can’t we eradicate polio?

“Nigeria was about to eradicate polio in 2016, but unfortunately there were diagnoses in Borno and for a country to be free of polio it has to be free for three years.

“We were delisted in 2016, so by this year if there are no diagnoses, then we will join the rest of the world to be declared as polio-free.

Olumunyiwa said that even though there had been a remarkable progress in the eradication, but 99 per cent success was still a failure.

According to the medical practitioner, it is necessary to take serious measures to prevent polio in the country.

“Let the coverage of routine immunisation be in every state, local government and community in the country.

“The Federal Government and other stakeholders should make sure that we don’t get another diagnosis just about the time that we are about to be declared polio-free,’’ he said.