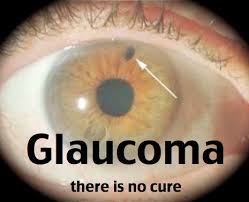 A Consultant Ophthalmologist, Dr Festus Osoba, on Sunday urged Nigerians to ensure regular check of their eyes with the right professional to prevent late presentation of glaucoma disease.

Osoba, who is the Founder of LADKEM Eye Hospital, Surulere in Lagos, said this on the sidelines of an event to commemorate the 2019 World Glaucoma Week.

The week held from March 10 to March 16 across the globe was to create awareness on the dangers of glaucoma disease.

“More awareness of the public on glaucoma will encourage people, especially those above 40 years old to get their eyes screened for early detection,” he said.

Osoba said that people do not need to be sick before going for regular checkup.
“Most of the patients only come to the hospital for late presentation when they can barely see, which means 80 per cent of the vision are lost.

“There is need for more constant sensitisation of people on glaucoma by health organisations and the government, because nobody knows when glaucoma will develop in the eye.

“Blindness can also be prevented, if there is early detection of glaucoma through proper screening and regular eye examination.

“Glaucoma week is to create awareness to the public about this disease called glaucoma, because it is a serious disease and silent thief of vision.

“Its progression can be halted by effective and consistent treatment,” Osoba said.

He said Nglaucoma does not give a specific symptoms, adding that was why we encourage people who are above the age of 40 to go for regular screening within the period of one year.

“Visual loss due to glaucoma is irreversible; many other eye diseases do show clearly such as cataract, but in glaucoma, most of patients do not see any symptom.

“A person can be born with glaucoma, which means it can be hereditary, but it can be treated.

“Everybody deserves to have a good vision by going for regular eye screening yearly, make sure you see qualified eye doctors in order to guard and detect any eye disease.

“There are funds for some diseases in the country, but there is no fund for glaucoma disease, because people find it difficult to support glaucoma efforts.

“Governments only ensure they provide eye clinics in all areas in order for people to have their eyes check.

“Most government hospitals do not have glaucoma machines because they are very expensive, but some private hospitals do have the machines,” Osoba said.

He urged individuals and philanthropists to support and partner with the governments by being part of the success story of glaucoma.

“It will really help to discover and identify more people living with glaucoma, especially those that cannot afford the treatment.

“Glaucoma has no cure, but the treatment of the disease is for life, which means many people need to be assisted for regular checkup and treatment of glaucoma,” Osoba said.