I am committed to women advancement - Aisha Buhari 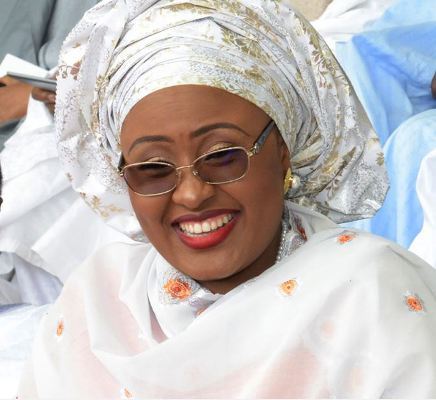 Mrs Aisha Buhari, Wife of Nigeria’s President in Lagos on Saturday reaffirmed her commitment towards advancing the socio-economic development of women in Nigeria.

Mrs Buhari made the statement at a ceremony organised by Mrs Dolapo Osinbajo, wife of Nigeria’s Vice President to commemorate the victory of All Progressive Congress (APC) in the Feb. 23, Presidential election.

“I want to use this opportunity to reaffirm my commitment towards promoting the socio-economic and political advancement of women through my Future Assured Programme,” she said.

She expressed her appreciation to APC women and youths for their efforts towards the success of the party in the presidential election.

“I wish to express my appreciation to Nigerians especially women and youth for their unprecedented contribution towards our success at the election.

The president’s wife said the role played by the two groups were highly recognized by the president.

She urged APC loyalists not to relent in their determination to support the Federal Government achieve its next level agenda.

In her remark, the chief host, Mrs Osinbajo, expressed gratitude to God for the success of the campaign and the elections.

Mrs Osinbajo also expressed gratitude to all Nigerians, especially women and youths for their support during the party’s nationwide campaigns.

Also speaking, APC Women Leader, Mrs Salamatu Baiwa, said the victory was an affirmation by Nigerians of the party’s good leadership in the last four years.

Baiwa thanked all those who volunteered to campaign for the success of the party in the presidential election.