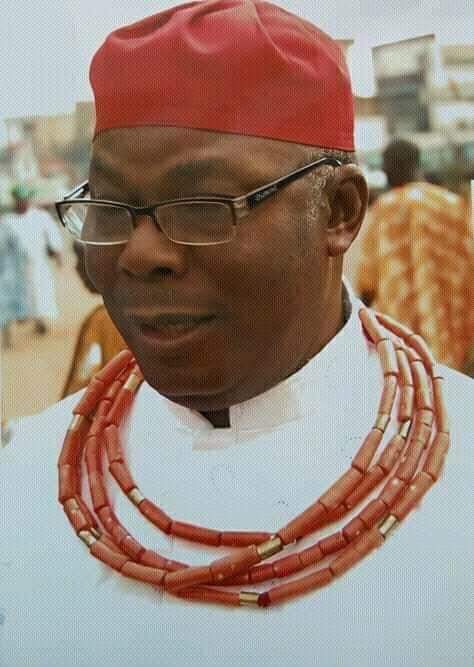 The traditional ruler of Ukhiri, a community in Ikpoba-Okha local government area of Edo State, Godwin Osayande Aigbe, was on Saturday​ abducted by yet to be identified gunmen.

Known by the title, Enogie (Duke) of Ukhiri, the victim was a retired Chief Superintendent of Police, who took over the traditional stool from his late father some years ago.

It was gathered that the heavily armed gunmen who numbered about five, stormed the palace on Saturday, shot sporadically into the air before taking him to an unknown destination.

Sources close to the community said that the hoodlums set ablaze their unregistered car before forcing the traditional ruler into his own Nissan Sunny car and​ zoomed off.

It was further gathered that the abductors drove to the Delta State side through the Abraka road.

The State Police Command spokesman, Chidi Nwabuzor, who confirmed the abduction to journalists on phone, said the police are on top of the situation.

“Yes, it is true. The police are on top of the situation to ensure that the traditional ruler is rescued unhurt,” he said.