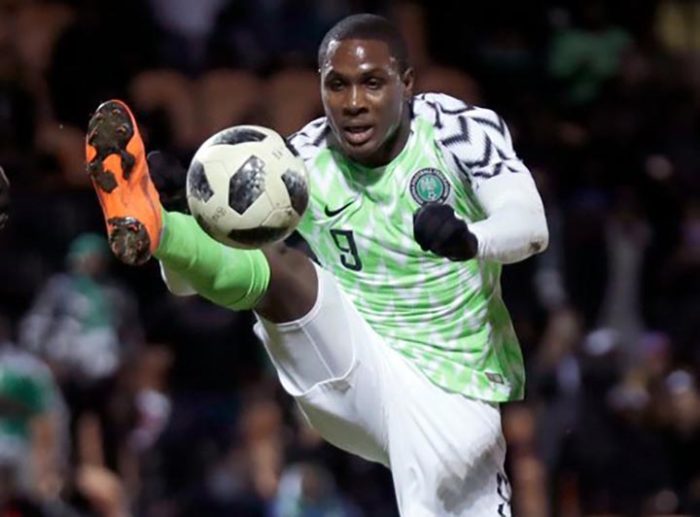 Odion Ighalo, Alex Iwobi, and Semi Ajayi were among the first arrivals in the Super Eagles’ camp in Asaba on Monday ahead of Friday’s 2019 Africa Cup of Nations (AFCON) qualifying match against Seychelles.

The three-time African champions, Nigeria, have already booked a place in the AFCON holding in Egypt in July, with the encounter against Seychelles hardly more than an academic exercise.

But the Eagles have spoken of the need to end the qualification series on a high and maintain their reputation while using the game to kick-start preparations for the continental competition.

They take on the Pirates of Seychelles at the Stephen Keshi Stadium from 4p.m. on Friday.

A statement by Ademola Olajire NFF’s Director of Communications said that nine players including forward Ighalo, and midfielders Iwobi and Ajayi were among first arrivals at the team’s camp in Asaba.

“Goalkeepers Francis Uzoho, Ikechukwu Ezenwa and Daniel Akpeyi are all in town, as well as home –based professionals Ikouwem Utin, Ndifreke Effiong and Valentine Ozornwafor.

“The bulk of the invited group of 23 will come in on Tuesday, with the international friendly against the Pharaohs of Egypt on Tuesday next week also in mind,” Olajire said.

NAN also reports that Technical Adviser Gernor Rohr called up 23 players for the two matches, with Ikouwem Utin and Effiong leaping onto the list as a result of injuries to Samuel Kalu and Ola Aina.