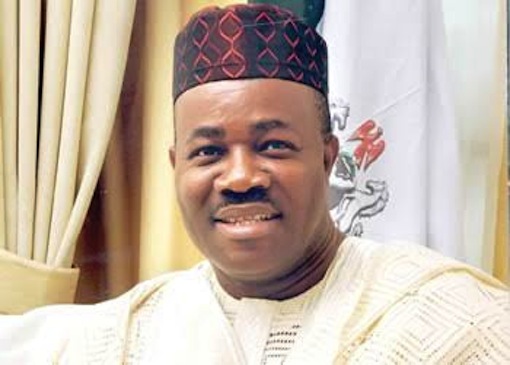 The candidate of the All Progressives Congress (APC) for the Akwa Ibom North West Senatorial District in the just concluded elections, Godswill Akpabio, and his party, have approached the Election Tribunal, sitting in Uyo, to kick-start the legal processes to reclaim his mandate.

Akpabio is seeking to upturn the victory of Mr Christopher Ekpenyong and the Peoples Democratic Party (PDP), based on perceived electoral irregularities which characterised the said election.

The former Senate Minority Leader, had while the election was ongoing, besieged the office of the Independent National Electoral Commission (INEC), alleging cases of infractions and deliberate violations of the electoral law and guidelines during the senatorial election.

In the said election, Akpabio had alleged that INEC, in collaboration with some PDP chieftains in the senatorial district, wrongfully declared Mr. Ekpeyong and his party, the PDP, winner of the poll, having scored 118,215 as against Akpabio’s 83,158.

He said result sheets from Akwa Ibom INEC office showed different figures that had him (Akpabio) securing 138,256 votes as against Ekpeyong’s 123,843.

Dissatisfied with the conduct and outcome of the election, the former governor of Akwa Ibom and his party vowed to approach the election petition tribunal to ventilate their grievances as well as reclaim their stolen mandate.