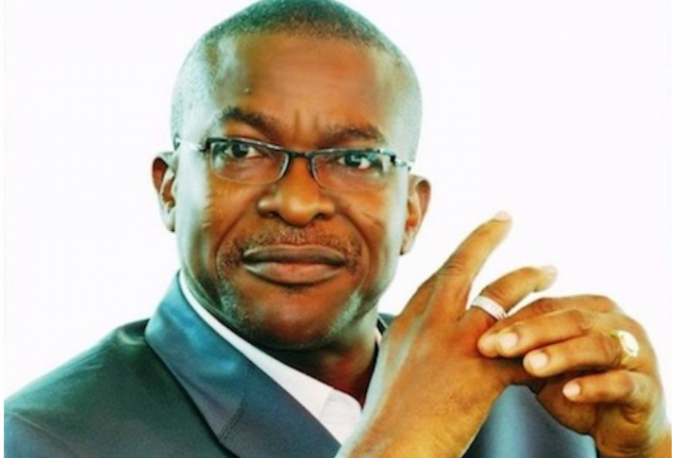 The All Progressives Congress (APC) in Oredo ward 01 of Edo has suspended a former governorship aspirant of the party, retired Gen. Charles Airhiavbere, indefinitely.

Airhiavbere’s offence, according to the party, bothers on anti-party activities during the Presidential and National Assembly elections in the state.

Mr Felix Ehiguegbe, the ward chairman and Mr Edward Oviawe, ward secretary stated this in a statement they issued in Benin on Monday.

Airhiavbere contested the governorship election with former Gov.Adams Oshiomhole in 2012 under the Peoples Democratic Party (PDP) and also contested as aspirant with Gov.Godwin Obaseki in 2016 under APC.

The two officers said Airhiavbere was also suspended by the enlarged APC leadership for supporting the opposition party’s candidates against that of the party during the two elections.

They said the former governorship aspirant was found guilty of the alleged offences by an investigative panel.

The party also alleged that the former governorship aspirant, on the Election Day, deliberately withheld tags and other party tools meant for agents and APC members thereby hindering their movement on the field.

“He also openly told our party agents and loyalists that they should make sure APC didn’t win the Presidential and National Assembly elections,” the officers further alleged.

The signatories said based on Airhiavbere’s “unpardonable actions“ against APC and coupled with hard evidence against him, the undersigned executive of Oredo Ward I met and moved a vote of no confidence on him.

According to them, Airhiavbere stands suspended indefinitely from APC with immediate effect.

When contacted, Arhiavbere described the allegations as gang up by the party’s leaders to discourage those they saw as threat to them in 2020.

He said: “Definitely, it has to do with the 2020 governorship election in the state.

“This is a sinister movement against those perceived to be threats, it is a case of let us take down the heavyweights, let us take them down now. That is politics, but that is not democracy.

“There are laid down procedures for suspension, it is supposed to be from the ward and not to learn about it from the press.

“Nobody invited me, nobody discussed anything with me or that I failed to show up. It is a case of calling the dog a bad name to hang it.

“I didn’t contest, so, why should I be singled out, I was not funded to lead any campaign, I did not hold back any campaign money. There must be a strategic calumny to discourage me from contesting.”