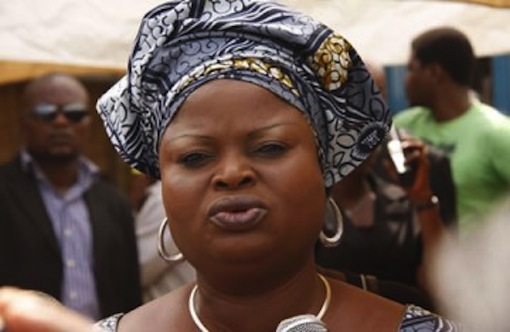 Princess Adejoke Orelope-Adefulire Senior Special Assistant on Sustainable Development Goals (SDGs): calls for calm ahead of the primary elections of the All Progressives Congress, APC for the Lagos council election

The Federal Government says it is committed to enhancing Nigeria’s development through the implementation of the Sustainable development Goals (SDGs), calling for support from relevant stakeholders.

Mrs Adejoke Adefulire, the Senior Special Assistant to the President Muhammadu Buhari on SDGs, said this on Monday in Lagos at the Community Agenda For Peace, an SDGs Media Forum.

The event had its theme as: “Becoming Agent of Sustainability”.

Adefulire, represented by Dr Bala Yunusa, her Technical Adviser, said the key mandate of the office was to provide, coordinate and ensure inclusive implementation of the SDGs, leaving no one behind.

According to her, the SDGs are integrated into the national policies with a view to providing frameworks for its accomplishment.

She said the office was partnering with Ministries, Departments and Agencies (MDAs) and the National Bureau of Statistics (NBS) for reliable data on the progress of the SDGs.

“We cannot continue to rely on international statistics about SDGs, so we are partnering NBS for periodical/annual statistical reports on achievements of Goals.

“The Millennium Development Goals (MDGs) might not have made remarkable achievements because it kicked off late in 2016, without a baseline and in the midst of economic recession.

“For the 2030 agenda and the 17 SDGs, we have strategic plans to achieve success by holding the leaders accountable.

“We believe that before 2030, which is the deadline for the SDGs, remarkable achievements would have been attained,” Adefulire said.

Olufade stressed the need to give equal opportunities to both men and women in economic decisions that would develop the nation and urged the media to protect the rights of women using the media handles.

Phillips said it was the responsibility of the media to set agenda towards the achievement of the goals, saying that the media is a vital mechanism to achieve SDGs.

“Considering our commitment to the full implementation of the SDGs in Nigeria particularly, we have been concerned about the possibilities of the SDGs going ‘off-track’ like the MDGs.

“The result was increased and widespread hunger, increasing poverty, unemployment and youth restiveness across the states of the federation.

“The question, therefore, will be, what can we as a people do to ensure that the SDGs, unlike the MDGs, do not go off-track?” he asked.