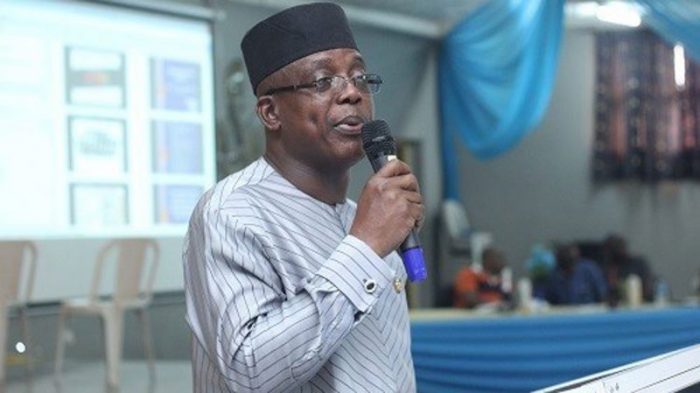 Lagos State Governor, Akinwunmi Ambode and the Vice Chancellor, University of Lagos, UNILAG,  Prof. Oluwatoyin Ogundipe on Tuesday charged members of the society to show extra compassion to retirees because of their numerous contribution to societal development.

The due spoke at a two-day training for top civil servants in Ikeja, Lagos, Southwest Nigeria.

According to Ambode, the government appreciated that society should show extra compassion to retirees because they were the mothers and fathers of the society, adding that they were the first teachers, as they “taught us how to love, how to care, how to give, how to forgive, how to accept, and most of all they are our backbone of support.”

Ambode, who was represented by the Commissioner for Establishments, Training and Pensions, Dr. Benson Oke said that without their endless sacrifice during early years, “we would not be capable of what we are today. We need to care for our retirees and the older citizens because they deserve to be cared for.”

“The Lagos State Government appreciates that society should show extra compassion to retirees because our retirees and the older citizens have more knowledge and wisdom than any one of us. Their experiences through the turbulence of storms that life takes them through yield great wisdom. They have come so far, have learned so much, and we have a responsibility to learn from that wisdom.”

According to him, retirees and the older citizens had either acquired, created or had been brought up with a set of morals, values and/or principles in their life, adding that “our elders would want the best for us, and they would be more than willing to tell us what set of rules and guidelines have made them successful and hopefully, peaceful.”

He stated that the retirees of the Lagos State Public Service had invaluable experience and insight and that the government was of the view that history and heritage and culture dictated that “we be a compassionate government and society. We must not imbibe the tenets of the cultures that seem to suggest that we can afford to be uncaring. Let us wear the face of compassion in our dealings with our retirees and the older citizens.”

Speaking at the event, Ogundipe, called for support for retirees, saying that the training for retirees and those to be retired put up by the Lagos State Government was very important and timely.

He maintained that for any personnel not to prepare for life after retirement, connoted that such person would not have anything to fall upon, expressing optimism with the way government was planning for its workforce not to suffer after retirement, a feat considered okay and in order.

“Sequel to the above and enough preparation by the present leadership of the Lagos State Government, led by Mr Akinwummi Ambode, the better for the life of Lagos State retirees after retirement”, Ogundipe said