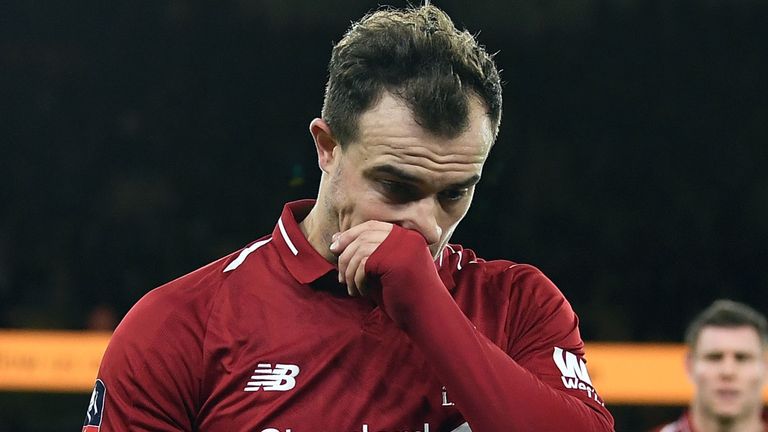 Liverpool and Switzerland midfielder, Xherdan Shaqiri has been ruled out of  this month Euro 2020 qualifiers against Georgia and Denmark due to  injury.

The swiss FA announced via her website, that the midfielder has an inflammation injury in his groin after been examined in a Zurich hospital.

Switzerland coach Vladimir Petkovic has now been saddled with the responsibility  to replace the 27 year old, who has scored six goals in 28 games for Liverpool this season, as they awaits Georgia for their opening Euro qualifiers  on Saturday and Denmark at home three days later.

Shaqiri, who was an unused substitute in Liverpool’s 2-1 victory over Fulham on Sunday has not enjoyed plenty of playing time for the klopp’s men.

He has not played a minute for Liverpool since the 0-0 draw at Old Trafford with Manchester United on February 24th, but with Liverpool challenging for the Premier League and through to the quarter-finals of the Champions League, it is certain Klopp wants all his players fits for the final round  of the season.