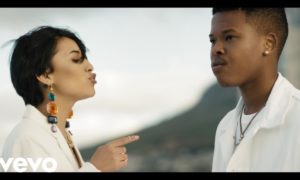 One of South Africa’s best rapper, Nasty C releases the official music video to his song “SMA“. The track is off his “Strings and Bling” album which he released last year.

“SMA” means ‘Send Me Away’ and he features South Africa singer, Rowlene who sang the chorus of the song that tells how to handle you loved ones who have done wrong and deserves to been sent away.