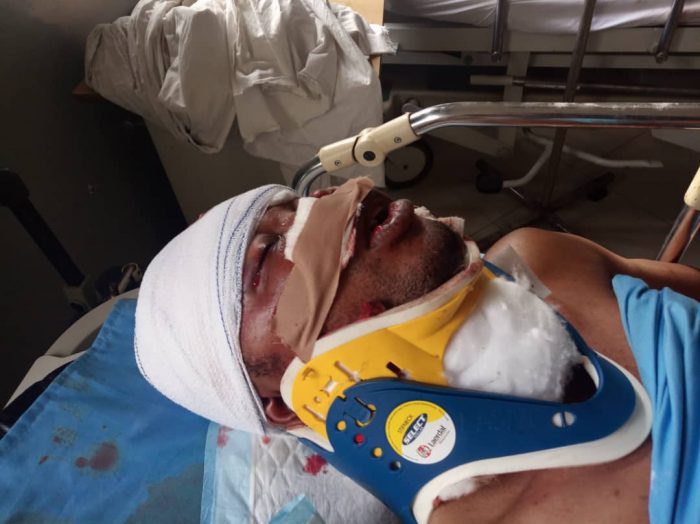 Operatives of the Lagos State Task Force have arrested seven suspected miscreants and a cult leader over an attack on officers of the agency at Mile 12 area of Lagos.

The Chairman of the agency, CSP Olayinka Egbeyemi disclosed that the enforcement operations around Mile 12 on Wednesday was carried out to get rid of cultists and miscreants disturbing innocent members of the public around the area.

Egbeyemi said that the agency acted on series of ‘Save our Soul’ petitions at Mile 12 submitted to his office by residents of Mile 12 and its environs.

“During the attack, an officer of the Agency, Sergeant Damilola Adeojo, was seriously wounded and attacked with cutlasses and broken bottles and he was presently receiving treatment and undergoing series of test on his head at LASUTH.”

He said no responsible and responsive government would tolerate miscreants and cultists disturbing innocent residents at any parts of the State.

“Enough of these killings by cultists and miscreants across the State, particularly around Mile 12, Bariga, Somolu and Lagos Island,” he said.

The Chairman, however, confirmed that the Lagos State Commissioner of Police, CP Zubairu Muazu had directed that all those arrested be charged to court for prosecution.

One of the arrested miscreant, Ojo Opeyemi claimed they were given cutlasses and broken bottles by their group leaders at ‘Akani-modo’ to attacked Task Force officials.