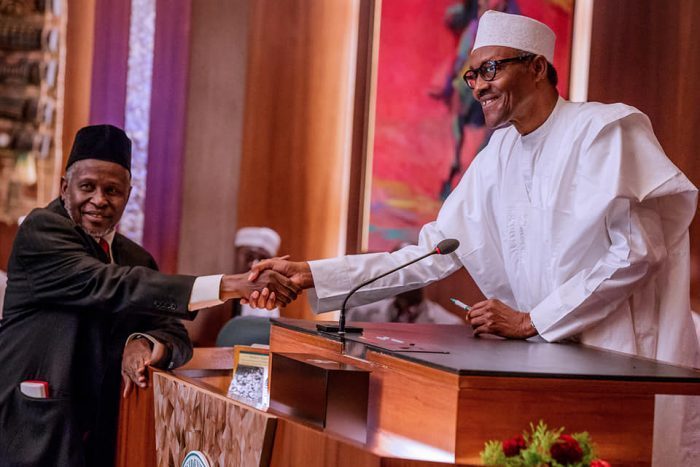 The Acting Chief Justice of Nigeria (CJN) Justice Ibrahim Mohammed has sworn-in the remaining 13 members of the 2019 Election Petition Tribunals.

A statement from Mr Akande Festus, Supreme Court’s Director, Press and Information said that the ceremony took place on Thursday in Abuja at the Supreme Court.

Addressing the new members of the tribunal, the acting CJN admonished them to be of good character and endeavour to live above board.

He said this was because all eyes were on them with a view to seeing them dispense justice without a tinge of partiality or favoritism.

Justice Mohammed also reminded them of the sacred nature of the oath they had just taken, stressing that it had become a bond between them and their creator.

He added that there would be no room for excuses or any performance below approved standards.

Mohammed informed the new tribunal members that they were thoroughly examined and later fished out from the numerous judges in the country who were equally eminently qualified for this task.

“That alone, is enough credit that you should cherish and guard jealously,” he said.
Meanwhile, two members, Justices I.O. Kasali and M.O. Obadina could not attend the ceremony.