Daddy Freeze, Church of Satan at war over comment that Marriage Vow is satanic 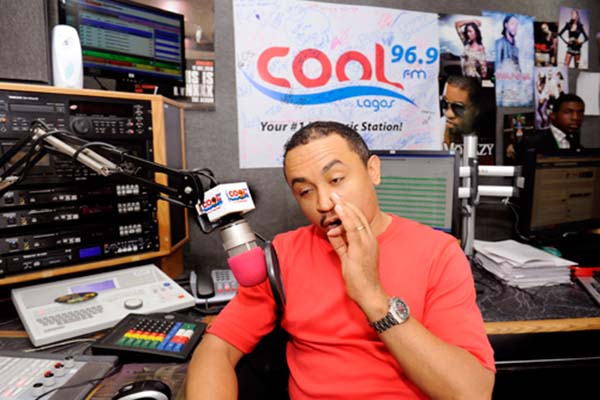 Controversial founder of Free Nation Movement, Daddy Freeze and The Church of Satan are at war over Freeze’s comment that all marriage vows are satanic.

Freeze had raised controversy on his Instagram page when he said that all vows, including marriage vow are satanic and that Christ preached against it.

“All vows are satanic, including marriage vows, Christ said so himself, when you see him, argue with him. Become one with your spouse today, or get a divorce, it’s as simple as that, stop leading another person into lust because of Godless religious traditions,” he had said.

Freeze added: “If your spouse does not have access to and the password of your phone, along with your bank details/account balance, you are not married, please disregard that certificate and that joke where you tied the knot with vows in a religious shrine,” he said on his Instagram page.

“Those pulpit gaslights have lied to you all your life, a great pity it is that you are living a lie and the consequence is your expulsion from God’s city. Many of you are living separate lives while carrying a legal document to pronounce you a couple, that’s a huge joke on no one else but you.”

“The fact that you got married in a religious shrine in front of a priest does not make you a married couple, as a matter of fact, you don’t need a priest or a church to get married. 1 Peter 2:5 says we are all priests, stop outsourcing your priestly role to a yahoo boy by hiring someone else to do your job, pronounce yourself married. It’s your God=given duty and it has nothing to do with the church.”

But the Church of Satan, on its twitter handle tackled Daddy Freeze, saying that he was looking for a way to get out of marriage.

“Marriage isn’t for everyone, but Satanists can admit and take responsibility for their own positions. Sounds like Daddy Freeze is just trying to make excuses to get out it,” the church said.

But Freeze attacked back, saying “When the church of ‘god’ and the church of Satan agree against Daddy Freeze on issues one bible verse comes to mind!”

Freeze went on to quote  2 Corinthians 4:4, to defend himself. The bible reference said “Satan, who is the god of this world, has blinded the minds of those who don’t believe. They are unable to see the glorious light of the Good News. They don’t understand this message about the glory of Christ, who is the exact likeness of God.”