I have no place in Chelsea's PL attack says Giroud, as he seeks France return 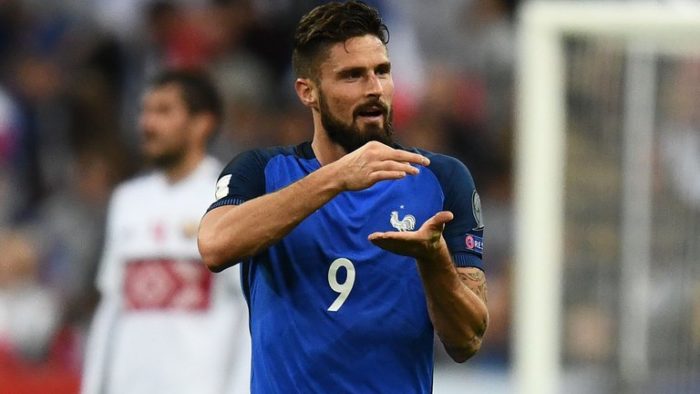 Chelsea striker Olivier Giroud has stated he is likely to move back to France at the summer, when his contract expires at the end of the season after growing frustrated by  lack of playing time under manager Maurizio Sarri.

“The future may be hectic this summer, i’m not afraid to go down a level to have more playing time. I could end my career in France,” Giroud disclosed to a French Media in the National camp.

The 32-year-old has only been actively selected in the Europa League by Sarri, with nine (9) goals to his credit, which makes him the current Top scorer of the UEFA competition, but the striker is not convinced Sarri want his services in the Premier League.

The French forward has not started a Premier League game for Chelsea since the club signed Argentina international striker, Gonzalo Higuain in January, which to him indicates Manager Maurizio Sarri gives no room for competition in  Chelsea’s PL attack .

He added: “Today, I have the impression there’s clearly no competition since January. It’s like that. I know that I will only play in the Europa League. I try to do what it takes to be as effective and as important as I can for the team.”