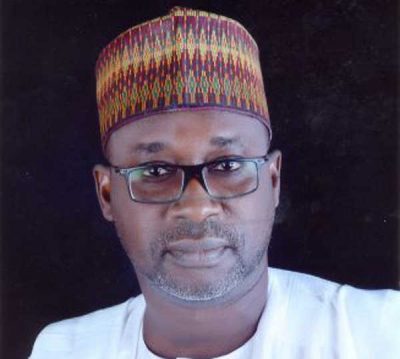 The Minister of Water Resources, Mr Suleiman Adamu, says 52.7 million Nigerians have no access to water supply in the country.

Adamu disclosed this while delivering a lecture to mark the 3rd Founders day ceremony of Edo University Iyamho on Saturday.

The lecture is titled ” Water, Sanitation and Hygiene for Sustainable Development’’.

Represented by the Managing Director of Benin-Owena River Basin Development Authority, Mr Saliu Ahmed, Adamu said Nigeria was unable to attain the MDGs which target water supply and sanitation due to poor investments, low capacity and other challenges.

”This implied that 31 per cent, representing 52.7 million Nigerians did not have access to water supply.

“Inadequate water and sanitation infrastructure, population increase and rapid urbanization have created a serious deficiency in the quality of life of an average Nigerian.‘’

‘He said this created “dire consequences on sanitation, food, security, health, employment and standard of living”.

Adamu said that the ministry developed immediate and long-term strategies for water sector tagged “the water sector road map to address the problem from 2016 to 2030.

“With the water sector road map, concerted efforts must be put in place towards achieving 100 per cent access to water supply by 2030 in accordance with the newly adopted United Nations Sustainable Development Goals (SDGs),’’ he said

The minister disclosed that an estimated $5 billion annual investment would be required to meet the MDG targets, adding that the current level of investment in the sector was less than half a billion dollars.

Earlier, Gov. Godwin Obaseki congratulated the university’s management on its achievements in the last three years.

“This was a goal we set out when we established this University.

“They’ve done well, but there’s still a lot to be done. Our goal is to make this University a global university.

“The benchmark is not Nigeria, it’s the world. I want by the next ranking, this university being ranked among the best on the continent.”

The governor said plans had been put in place to partner world-class universities in its quest to be one of the best institutions in the world.

The Vice Chancellor, Prof. Emmanuel Aluyor, said the institution was competing with global standards in terms of academic.

He added that the institution was looking forward to its first graduation ceremony in 2020.

“The standards we are competing with are not Nigerian standards, they are global standards. We are looking at putting Edo University on the map of the world as a world-class University,” he said.